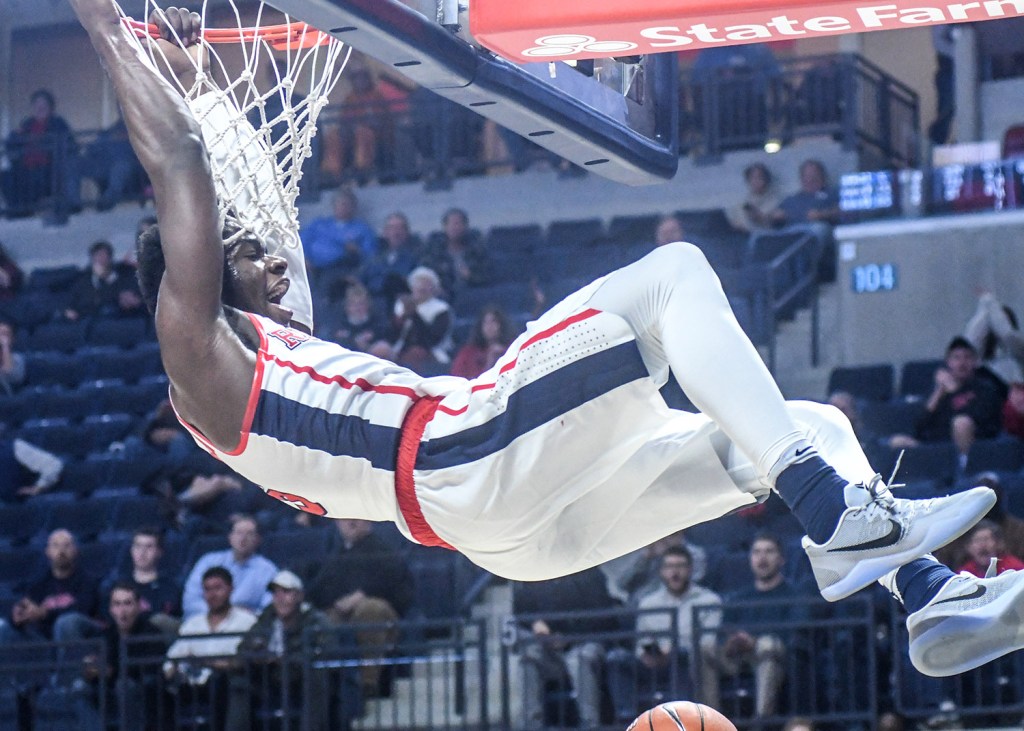 Ole Miss guard Terence Davis on Monday was named the Southeastern Conference Player of the Week for his performances in wins over Tennessee and Missouri last week.

Davis averaged 19.5 points, 11 rebounds and four assists in the pair of wins. The sophomore from Southaven scored a career-high 20 points in the Rebels’ comeback win over Tennessee, 13 of those coming in the second half to help Ole Miss erase a 13-point deficit.

Against Missouri on Saturday, Davis posted his fourth double-double with 19 points and 11 rebounds in Ole Miss’ 75-71 win. Davis is averaging 12.5 points and 5.7 rebounds for the season.