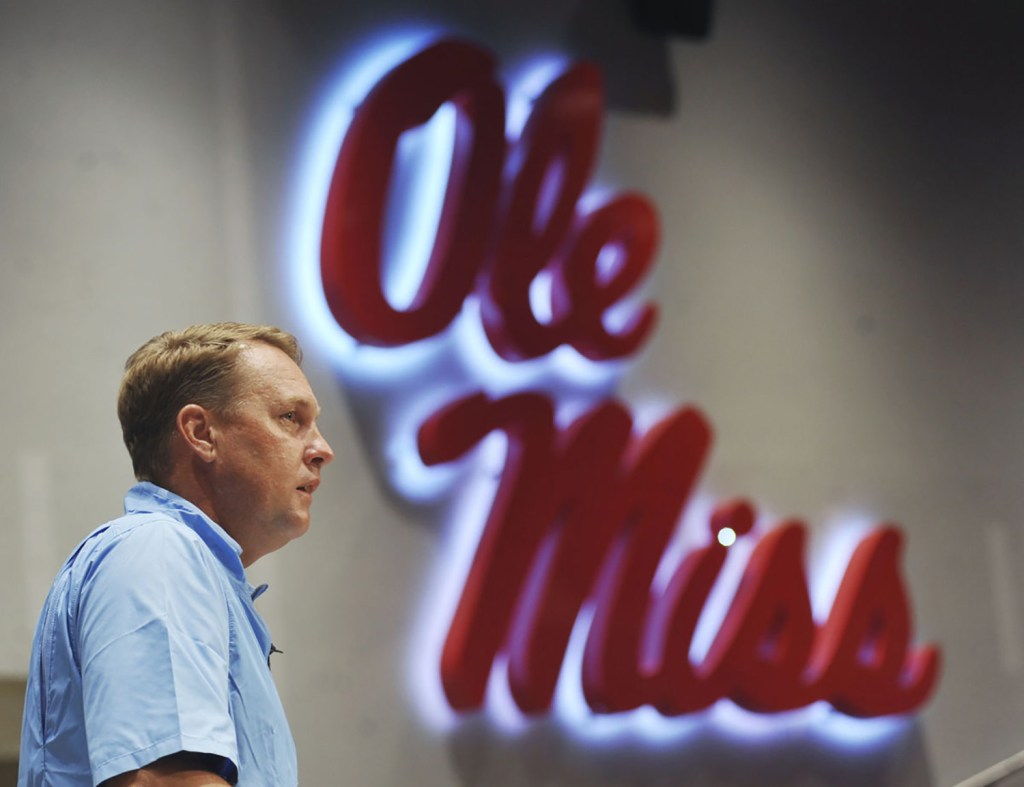 Ole Miss started National Signing Day with 15 commitments and can sign as many as 22 prospects in this cycle. The EAGLE will follow all of the day’s happenings and update this post as commitments are made and signings are confirmed.

Check back throughout the day for National Signing Day updates. The most recent updates will be at the top of the post.

— Larrell Murchison has flipped to N.C. State. Ole Miss had a late signee in Park Hill (Missouri) defensive end Chester Graves, but Graves will reportedly be placed in a junior college.

Source tells me Park Hill DE/LB Chester Graves will sign with Ole Miss this afternoon. Will be a sign & place. @NealMcCready @RivalsJohnson

— Grayson (Loganville, Georgia) three-star offensive tackle Tony Gray has signed with Ole Miss. The 6-foot-5, 290-pound Gray joins linebacker Breon Dixon as players from Grayson in this class, continuing a recent pipeline from the Atlanta-area school that started with Denzel and Robert Nkemdiche.

— Morton four-star athlete D.D. Bowie announces he will stick with his commitment and sign with Ole Miss. Bowie, who was also heavily recruited by Mississippi State, is the Rebels’ highest-ranked commitment.

— Callaway (Hogansville, Georgia) receiver Braylon Sanders, who committed to the Rebels this morning, has signed.

— Riverdale (Jefferson, Louisiana) linebacker commit Josh Clarke and Presbyterian Christian School (Hattiesburg) running back Isaiah Woullard have signed. Clarke, ranked a four-star prospect by ESPN and a three-star recruit by the other major recruiting services, has been committed since June while Woullard committed this morning.

— Clinton athlete Kam White has signed with Ole Miss. White, ranked as a four-star prospect by Rivals.com, was committed to Iowa State before decommitting in January. He’ll get a look at defensive back.

— Trezevant (Memphis) four-star running back Cordarrian Richardson has committed to Maryland. Ole Miss was a finalist along with Michigan State and Oklahoma.

— Ole Miss loses out on Starkville four-star linebacker and former commit Willie Gay, who will stay close to home at Mississippi State. Gay was committed to Ole Miss for four months before decommitting in October.

— Presbyterian Christian School (Hattiesburg) running back Isaiah Woullard is headed to Ole Miss. Woullard was offered late in the process.

— McEachern (Georgia) three-star defensive back C.J. Miller has committed to Ole Miss, according to McEachern High football’s official Twitter account. Ole Miss has yet to announce any signed National Letters of Intent as of 8:50 a.m.

— Ole Miss’ first commitment of the day comes from West Plano (Texas) linebacker Mohamed Sanogo. Sanogo, the fourth linebacker commitment in the class, is rated a four-star prospect by Rivals.com and Scout.com and a three-star recruit by 247Sports.com.

Excited to announce that I will be spending the next 4 years playing football and furthering my education at the University of Mississippi!! pic.twitter.com/t3E6dpvEnN

— Covington (Georgia) defensive back Eric Stokes commits to Georgia. The three-star prospect had Ole Miss among his finalists.