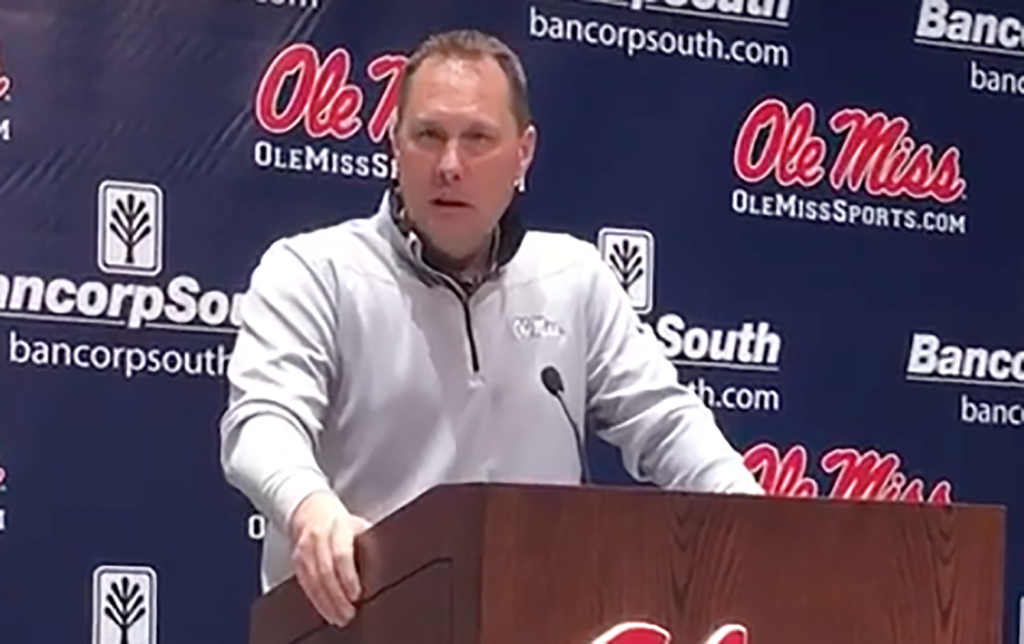 Ole Miss had signed 21 players as of Freeze’s press conference with a couple of those scholarships counting back to last year’s class, Freeze said, leaving a few spots open. The Rebels are waiting on a final decision from junior college defensive tackle commit Larrell Murchison, who’s still considering N.C. State, South Carolina and Georgia despite his verbal pledge, though the Bulldogs reportedly may no longer be an option.

Watch Freeze discuss the class, which he believes filled Ole Miss’ needs at linebacker, running back and other positions despite recruiting with the ongoing NCAA investigation hovering over the program, in the following video.