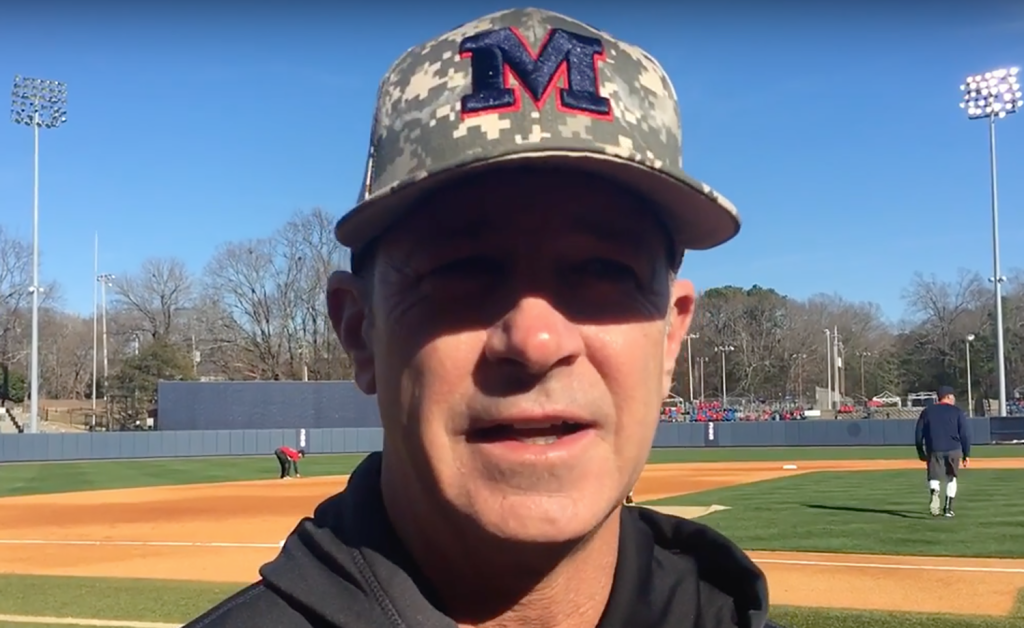 Opening day is two weeks away for college baseball teams, and Ole Miss is still sorting through some things.

As expected, Bianco confirmed former Oxford High standout Grae Kessinger will get the opening-day nod at shortstop and fellow freshman Cooper Johnson will start at catcher. Johnson and Kessinger, whose grandfather, Don, and uncle, Keith, also played shortstop at Ole Miss, were both top-100 recruits in a class ranked as the nation’s best by multiple publications.

As for the weekend rotation, Bianco said there hasn’t been much separation between six pitchers that are competing to be in it. Ole Miss opens the season Feb. 17 at home against East Carolina.

Watch Bianco talk about all of this and more in the following video.