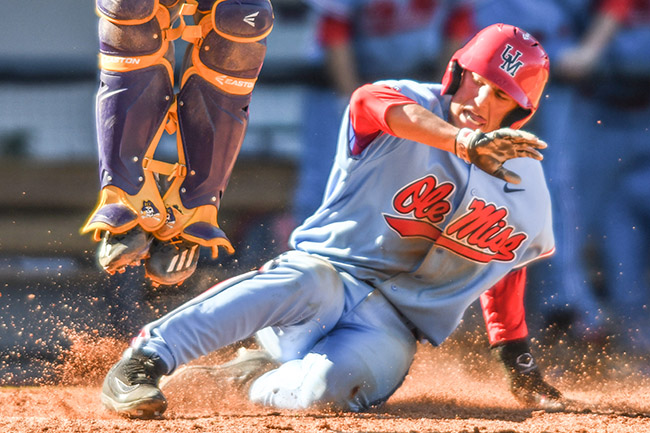 Following their opening sweep of No. 10 East Carolina, the Rebels came in at No. 22 in Baseball America’s top 25 and received a No. 17 ranking from D1Baseball.com on Monday. Neither publication had Ole Miss ranked in the preseason.

Ole Miss jumped eight spots to No. 14 in Collegiate Baseball’s rankings and stayed at No. 8 in the Perfect Game top 25, its highest ranking in any poll. The USA Today coaches poll, which had the Rebels at No. 24 in the preseason, has yet to release its first regular-season rankings.

TCU, which started with a sweep of Penn State, remained the nation’s unanimous No. 1 team.

Ole Miss will take on Arkansas State at 4 p.m. Tuesday at Swayze Field before entertaining UNC-Wilmington for a weekend series starting Friday.