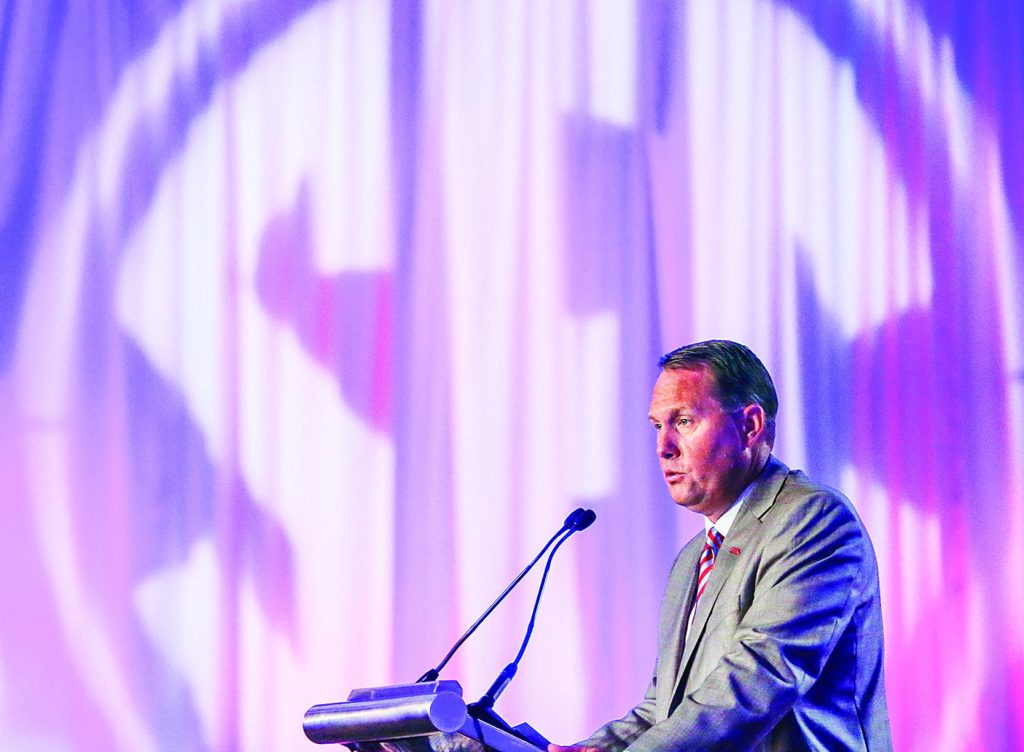 The annual Southeastern Conference Media Days schedule has been set, and Ole Miss will be one of the last teams to make an appearance this summer.

Head coach Hugh Freeze and select players will take their turn through the media car wash on the event’s final day July 13 at the Hyatt Regency-Wynfrey Hotel in Hoover, Alabama. Auburn and South Carolina are the other teams that will appear with the Rebels that day.

Ole Miss will choose its player representatives at a later date.

LSU, Arkansas and Tennessee will kick off the event on July 10. Florida, Georgia, Mississippi State and Vanderbilt will appear on July 11 while Alabama, Kentucky, Missouri and Texas A&M will make their appearances July 12.

Media days will be aired on ESPN and the SEC Network.