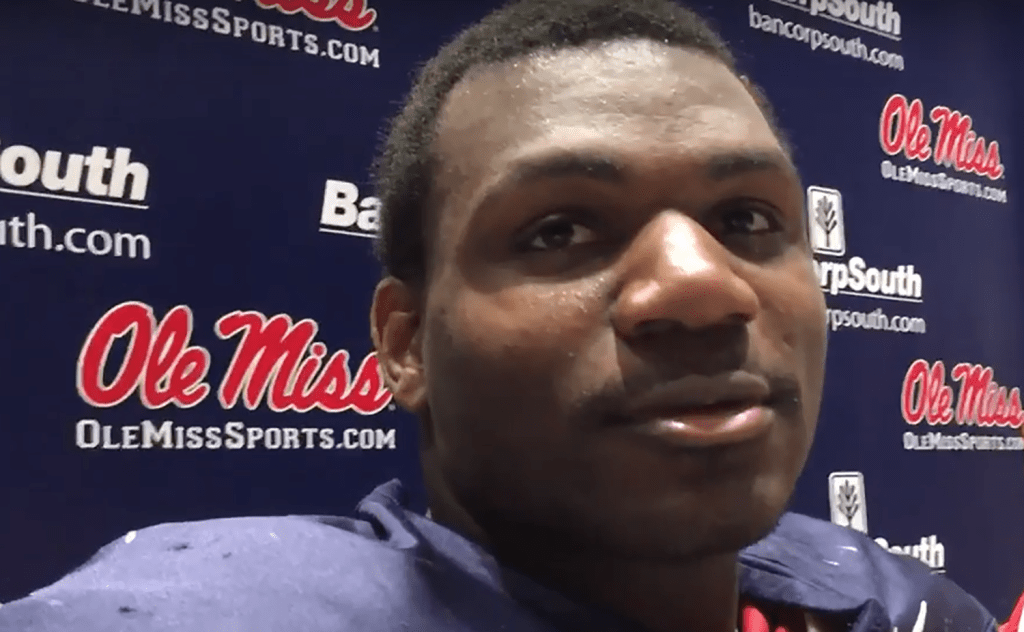 Ole Miss’ football team returned to the practice field Tuesday after spring break with players being made available to the media for the first time since the school self-imposed a bowl ban for next season as part of the fallout from the NCAA investigation into the program.

Defensive end Marquis Haynes, guard Javon Patterson and running back Jordan Wilkins, who’s preparing for his final season after an academic snafu cost him his eligibility last year, all spoke about their reaction to the news as well as how the team is developing during the spring. Watch all three interviews in the videos below.