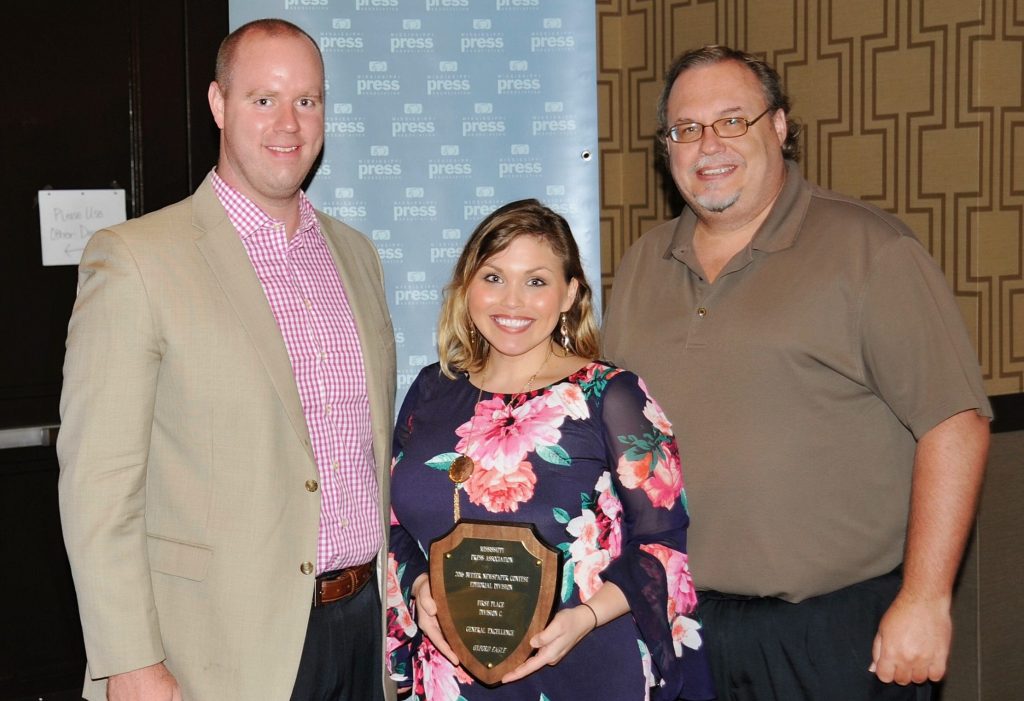 The Oxford Eagle was one of three daily Mississippi newspapers recognized for general excellence by the Mississippi Press Association Saturday, taking home more than 20 awards across several categories.

“I couldn’t be more proud of the staff for their tireless work ethic and commitment to producing good community journalism,” said Editor in Chief Alex McDaniel. “Not everyone understands what it takes to produce a daily newspaper, particularly with a smaller staff, so to see that work recognized among some of the best papers in Mississippi is an honor for all of us.”

“From the beginning, we said we aren’t out to win awards—we’re out to win readers,” Magee said. “It’s an honor to be recognized by the Mississippi Press Association for that effort and to see our hard-working editorial staff get the credit they deserve for making the Eagle a strong community newspaper.”