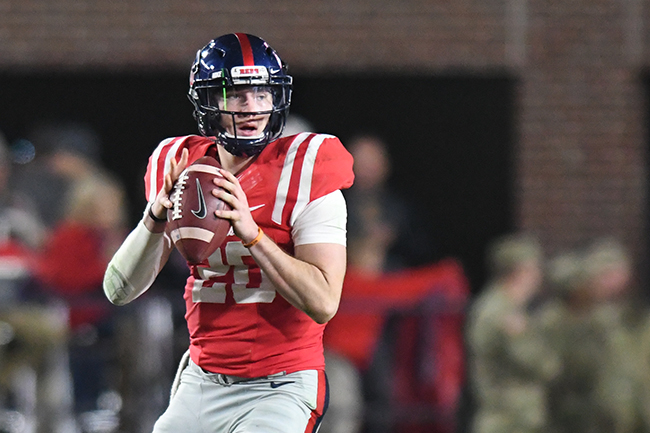 HOOVER, Ala. — Shea Patterson knows everybody’s looking at him.

Expectations have always been something Ole Miss’ rising sophomore quarterback has dealt with, but they’re a different kind for the former five-star signee heading into this season.

Patterson laid low last season before Chad Kelly’s knee injury forced him into action in the final three games. Now, with players like Evan Engram, D.J. Jones and Fadol Brown off to the NFL, it’s Patterson who’s being counted on to lead from the most recognizable position on the field as the youngster who’s quickly becoming the new face of the Rebels’ program.

The evidence of that came with Ole Miss electing to take Patterson to Southeastern Conference Media Days on Thursday. Patterson talked about his new role, the influence head coach Hugh Freeze has had on him and more in front of a throng of reporters.

Watch Patterson speak in the video below.