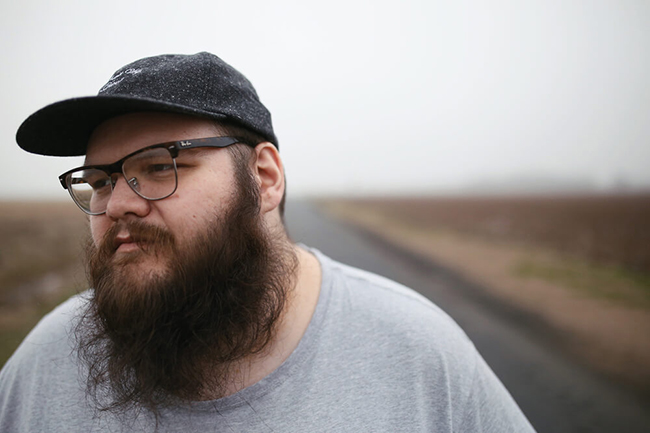 Folk rock singer-songwriter John Moreland has a voice that sounds like it has traveled countless miles. Perhaps because the singer himself has done exactly that.

Since 2008, Moreland has released seven albums (with three in 2011) and has always toured behind them, eventually making his first TV appearance last year on “The Late Show with Stephen Colbert.”

The 32-year-old artist calls Tulsa, Oklahoma home, but this year, he’s spent a good deal of time pounding the pavement. For his latest record, “Big Bad Luv,” Moreland’s tour extended through Europe and across the United States.

To Moreland, Oxford is more than just another stop on his tour.

“My grandpa lives there and my parents lived there before I was born,” the singer said. “I’ve been going to Oxford since I was a kid. My parents are going to come out to the show and I’m going to bring my grandpa to come see me play. This will be the first time that he’s seen me play.”

Family is important to the singer. After playing in a punk band when he was in his teens, he grew jaded of the scene, and turned to the music that his father had introduced to him.

“I went on a search for music I could get excited about again,” the singer said. “For whatever reason, that led me to classic rock that my dad had always listened to around the house. I got back into Creedence Clearwater Revival, Neil Young. That led me to find all this new music that was in the same vein.”

After his gig at Proud Larry’s, Moreland will have a couple of weeks off for resting, but then he’s hitting the road consistently till December.

Since moving to Tulsa when he was 10, Moreland has always been surrounded by a wealth of songwriting talent.

“There are so many great songwriters from here that are my peers and we came up in the scene together,” Moreland said. “People like John Fullbright, Parker Millsap and Evan (Felker) from the Turnpike Troubadours. They’re all really good songwriters and I think being around them and playing shows, you have to bring your A game.”

For this tour, it will just be Moreland and a friend accompanying him on guitar, piano and harmonica. So, how do they keep up the energy on the road? Moreland can’t pinpoint an exact answer:

“You go out and get worn out for three weeks, but then you get to come home and usually you have just enough time to recover before you gotta get worn out again.”