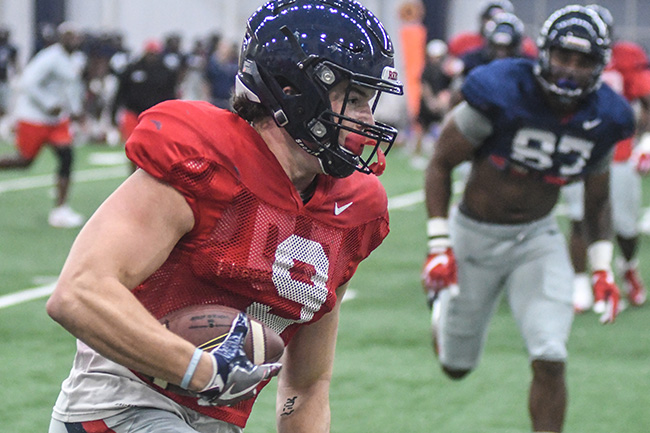 Ole Miss tight end Dawson Knox met with reporters following Monday’s practice to talk about being the top option at the position now that Evan Engram is gone, replacing an All-American, the role of the tight end in first-year coordinator Phil Longo’s offense and more.

Watch the interview in the video below.