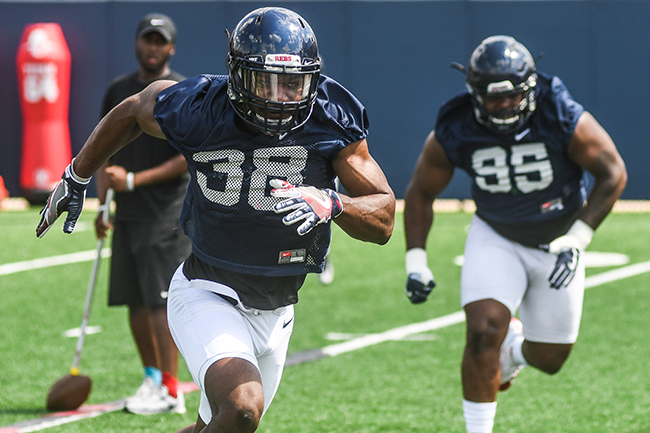 Defensive end Marquis Haynes was voted to the first-team defense while offensive lineman Greg Little and kicker Gary Wunderlich were second-team selections. Coaches were not allowed to vote for their own players.

Haynes heads into his senior season as one of the SEC’s top pass rushers, ranking third in school history with 24.5 sacks and 36.5 tackles for loss. The 6-foot-3, 230-pounder has led Ole Miss in sacks each of his first three seasons.

Little, a former five-star recruit, played in all 12 games with four starts last season as a true freshman and is in line for his first season as a full-time starter at left tackle. The 6-6, 325-pound Little, who recently returned to practice after suffering a concussion, has repped with the first team during camp when healthy.

Wunderlich, a senior, led the nation in field-goal percentage last season (22 of 23) and ranked fifth nationally at 1.83 field goals per game. The Memphis native is third in school history in field goals (47), points scored (265) and extra points made (124).