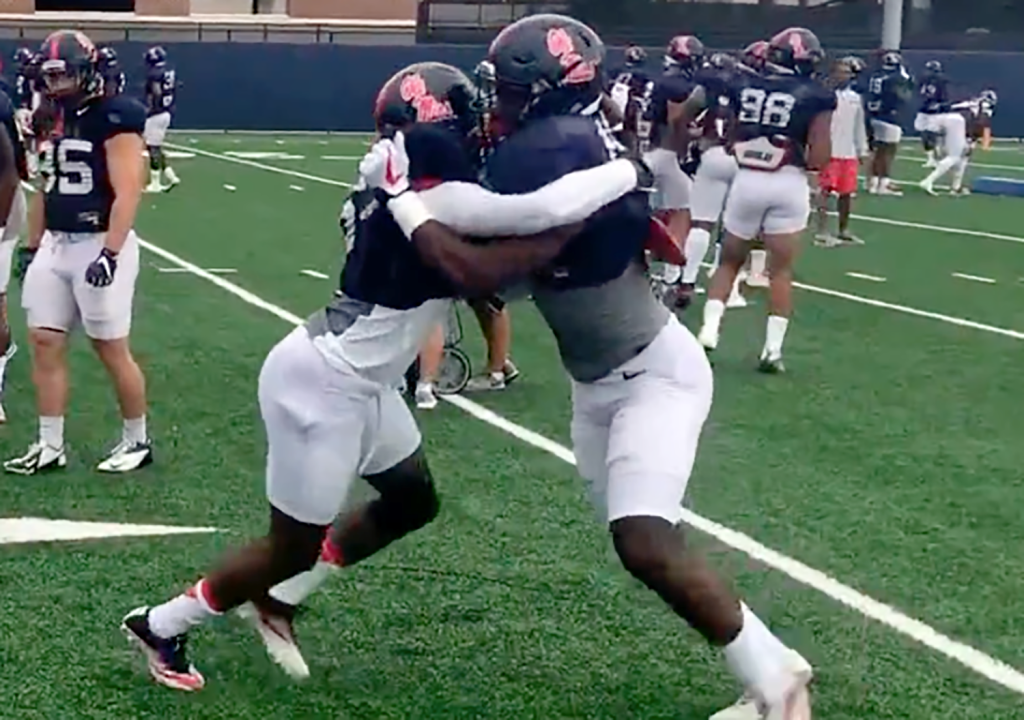 Ole Miss returned to the practice fields Tuesday following an off day in preparation for Saturday’s game against Tennessee-Martin at Vaught-Hemingway Stadium (11 a.m., SEC Network).

The Rebels practiced for approximately two hours with the first nine periods open to the media. Here are some notes and video from the viewing periods.

— Guard Jordan Sims (ankle) and defensive end Qaadir Sheppard (ankle) went through full contact after missing last week’s opener. Interim coach Matt Luke said earlier in the week Sims was probable for Saturday’s game while Sheppard, who ran with the first-team defense throughout training camp, would be a game-time decision.

— Tight end Dawson Knox continued to watch practice from the sideline. Knox won’t play this week with the target game for his return being Cal next week. Fellow tight end Octavious Cooley, who was suspended for the opener, practiced.

— Linebacker Detric Bing-Dukes and cornerback Ken Webster rotated between the first and second teams. Both will make their season debuts Saturday after serving a one-game suspension for their offseason arrests on shoplifting charges.

— The defense spent multiple periods on tackling, something Luke and defensive coordinator Wesley McGriff said would be an emphasis this week after it was shaky in the opener. The focus was on driving through ball carriers and wrapping up.