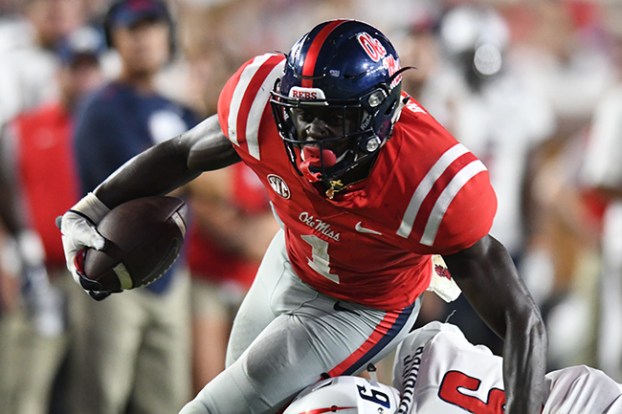 A.J. Brown’s performance this season has him in contention for one of college football’s top awards.

Ole Miss’ sophomore receiver was one of nine players added to the Biletnikoff Award watch list Wednesday. The award annually recognizes the most outstanding receiver in college football. Any player who catches a pass, including tight ends and running backs, is eligible for the award.

The preseason watch list for the award was released in July, but players are occasionally added to the list based on their performance during the season. The winner will be announced live during The Home Depot College Football Awards Show on Dec. 7.

Brown leads the Southeastern Conference in receiving yards (504) and receptions per game (5.4) and is tied for the team lead with four touchdown catches. Mainly operating out of the slot to try to create mismatches against bigger linebackers and smaller safeties, the 6-foot-1, 225-pound Brown is coming off a 10-catch, 109-yard outing against Auburn, his third 100-yard game of the season.

The match went the distance. If it had not, Lafayette head coach Clint Jordan would have been very surprised. For... read more