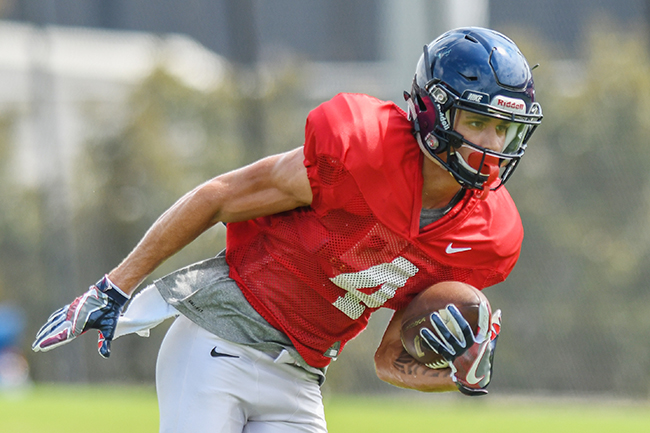 Ole Miss is lifting all restrictions on any football player wishing to transfer out of the program after some pushback from such players, their families and the legal counsel representing them.

Safety Deontay Anderson, linebacker Jarrion Street, receiver Tre Nixon, quarterback Shea Patterson and receiver Van Jefferson made known their intent to transfer before Tuesday while third-year sophomore cornerback Jalen Julius announced with a post to his Twitter account Tuesday morning that he will also transfer. Anderson, Street, Nixon and Jefferson have retained the services of Arkansas-based attorney Thomas Mars, who also famously represented Houston Nutt in his lawsuit against the school that’s since been settled out of court.

In responses to three unidentified players’ requests for permission for any FBS school to contact them about the possibility of a transfer and vice-versa, Ole Miss informed the student-athletes that permission wouldn’t be granted for them to contact other SEC schools or any non-conference schools on the Rebels’ schedule for the duration of their eligibility.

In an email provided by Mars to the EAGLE, Mars on Monday wrote Lee Tyner, Ole Miss’ general counsel, to inform him that “the players and parents I represent take the position that conditions placed on student-athletes who requested permission to contact any Division I school constitute a denial of the requests under NCAA Bylaw 13.1.1.3.1.”

If an institution decides to deny a player’s request for any other school to contact him about a possible transfer, that bylaw requires the institution to inform the player in writing that he’s privy to a hearing to be conducted by an institutional entity or a committee separate from the athletic department if requested. Mars told Tyner that notice wasn’t included in Ole Miss’ responses to the players’ permission requests.

On Tuesday, Ole Miss reversed course and lifted those restrictions, though that doesn’t mean any player transferring out will be immediately eligible at his next school. Any departing underclassmen will have to seek a waiver from the NCAA in order to avoid sitting out next season. Additionally, any underclassman that may transfer to another SEC school would have to file an additional waiver with the conference to bypass league requirements.

The news comes four days after the NCAA issues its final ruling in Ole Miss’ infractions case, which included another bowl ban for the 2018 season, 13 scholarship reductions over a four-year period and four years of probation running concurrent with the current probation period.

Anderson, Street, Nixon and Jefferson — all underclassmen — are among “several” players wishing to transfer that Mars said have retained his services, a legal move the players and their families made to support their case for the players to be immediately eligible at their next school after many of them felt misled by Ole Miss as to how severe the penalties could be in the NCAA case before signing with the school.

Mars said he’ll be working with the players’ new schools in presenting documents, witness statements and other evidence to the NCAA. The schools will file those materials with the NCAA to support their waiver request.