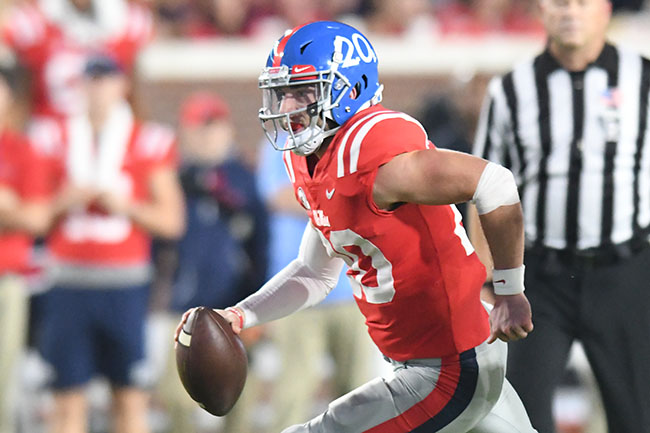 “Thank you to the wonderful people, teammates and coaches at Ole Miss,” Patterson tweeted. “It is a special place and I will always have great memories of my experiences in Oxford. I am now excited to announce my commitment to continue my athletic and academic career at The University of Michigan.”

Patterson’s announcement comes 10 days after the NCAA Committee on Infractions’ final ruling was handed down in the school’s infractions case, which included another bowl ban for the 2018 season. Ole Miss reportedly granted Patterson permission to contact other schools about transferring and vice-versa.

The speculation as to where the former five-star signee would end up began immediately. Michigan, a Power Five program located close to his family’s hometown of Toledo, Ohio, was viewed as the favorite from the start, a sentiment that only grew when he visited the school’s campus in Ann Arbor, Michigan over the weekend with photos of Patterson in attendance at the Wolverines’ basketball game against UCLA on Saturday surfacing on social media.

A sophomore this season, Patterson would have to file a waiver requesting immediately eligibility at Michigan that has to be approved by the NCAA in order to avoid sitting out next season.

Patterson, the nation’s top-ranked prep signal caller coming out of IMG Academy in 2016, enrolled early at Ole Miss and played in 10 games for the Rebels. He led the Southeastern Conference in passing yards this season (2,259) before a torn PCL against LSU cut his season short. He threw 17 touchdown passes and nine interceptions.