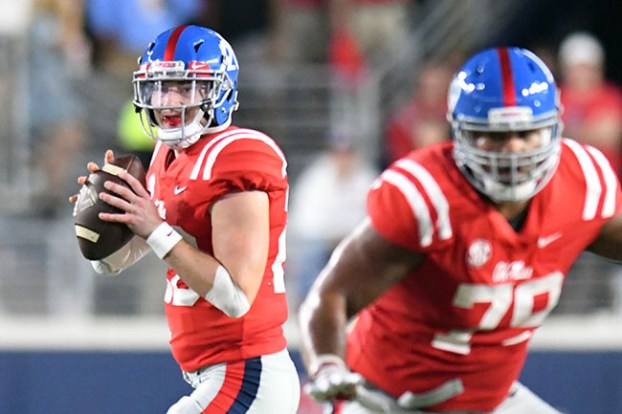 Ole Miss quarterback Shea Patterson could be on the move.

The school has given Patterson permission to explore a transfer with both sides entering into a “permission to contact” form, according to a report by the Ole Miss Spirit. That means Patterson can talk to other programs about the possibility of transferring.

A true sophomore, Patterson has two years of eligibility remaining. Per NCAA transfer rules, he would have to sit out next season at another school.

The news comes a day after the final ruling came down in Ole Miss’ infractions case, one that included in another bowl ban for the 2018 season. Ole Miss will appeal the decision.

Patterson led the SEC in passing (2,259 yards and 17 touchdowns) through seven games this season before a torn PCL ended his season early. The former five-star signee had his redshirt pulled for the final three games of the 2016 season after Chad Kelly suffered a season-ending knee injury.

Jordan Ta’amu stepped in for the final five games, finishing the season with 1,682 passing yards with 15 total touchdowns. The rising senior went 3-2 as the Rebels’ starter, engineering a game-winning drive at Kentucky and helping Ole Miss upset then-No. 14 Mississippi State in the Egg Bowl.