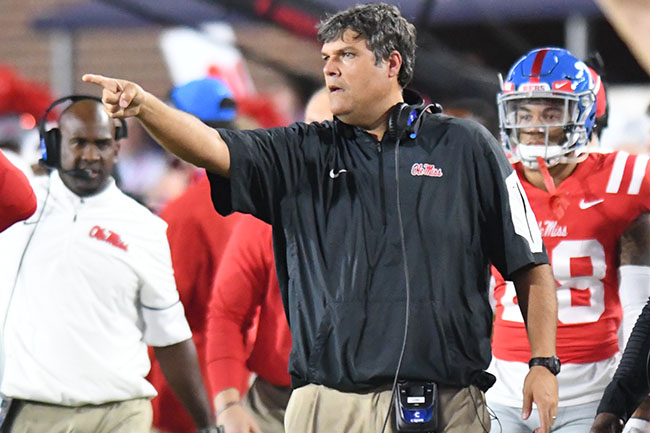 Ole Miss’ Matt Luke will provide analysis as part of ESPN’s MegaCast for the network’s coverage of the national championship game between Georgia and Alabama.

Luke will be one of a handful of college coaches that will be part of the Coaches Film Room, which will be aired live on ESPNEWS as one of several alternate presentations of the game’s regular broadcast on ESPN on Monday at 7 p.m. Luke will be joined by Colorado State’s Mike Bobo, Northwestern’s Pat Fitzgerald and former Texas A&M coach Kevin Sumlin among others.

The network’s MegaCast production is set to be its most comprehensive since its inception in 2014, offering 20 productions of the title game. Fans can watch the traditional telecast on ESPN or choose any alternate production across 10 additional ESPN platforms, including ESPN2, ESPNU, ESPNEWS, ESPN Classic, ESPN Goal Line, SEC Network and multiple options on ESPN3.

Luke, who led Ole Miss to a 6-6 record this season, is entering the first of a three-year contract as Ole Miss’ permanent coach after having the interim tag removed in November. He’ll make $3 million in base salary next season.

.@CoachMattLuke has agreed to join the lineup for Coaches Film Room Monday on ESPNEWS. #HottyToddy https://t.co/fEPJgTnCHT