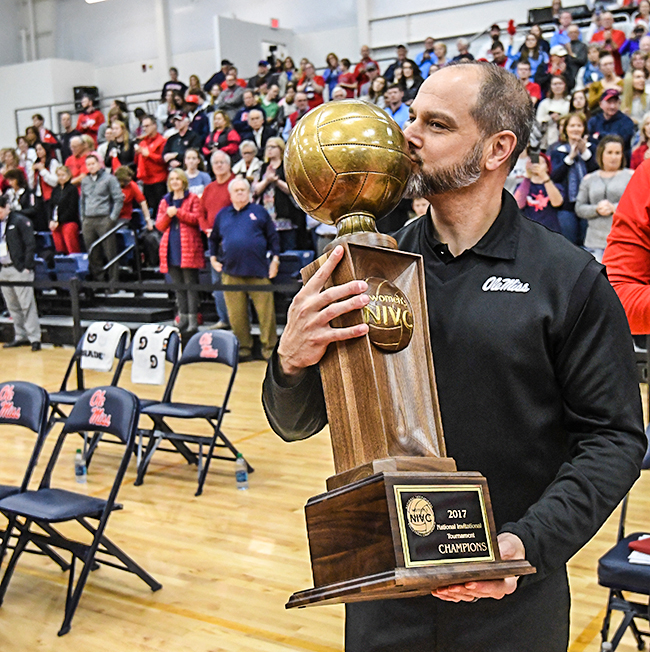 “Getting a contract extension is a direct reflection on how well our staff and players have done to get this program moving in the right direction,” McRoberts said in a statement. “We had an exciting end to 2017, and this is just the beginning.”

The Rebels are coming off the most successful season in program history, one in which they matched a single-season record for wins (22) in the rally era, notched their first postseason victory and won the National Invitation Volleyball Championship tournament in just their fourth postseason appearance ever. Ole Miss has posted winning seasons in each of McRoberts’ first four years at the helm, going 83-49 during that span.

Ole Miss went a combined 37-51 in the three seasons prior to McRoberts’ arrival in 2014 and finished at the bottom of the Southeastern Conference standings in 2013.

“Coach McRoberts has done a great job of steadily building our program since he arrived at Ole Miss,” Bjork said in a statement. “His intentional approach to recruiting, coaching and developing our student-athletes has paid off with record-setting individual performances, team records and the 2017 NIVC Championship. His teams have also competed in the classroom by having a perfect graduation success rate since he arrived.”

During a 2017 season in which Ole Miss was picked to finish 12th in the 13-team SEC in the preseason, the Rebels also rewrote the record book, setting single-season bests for kills, digs, blocks and assists. Seniors Kate Gibson and Lexi Thompson became the school’s first members of the 1,000-digs/1,000-kills club in the rally era while sophomore Emily Stroup set the single-season record for kills (474).

McRoberts, who’s also coached at Lubbock Christian University, Central Arkansas and Tulsa, has compiled a 557-212 record (72.4 percent) in more than two decades as a college coach.

Ole Miss gets big opportunity at No. 4 Mississippi…