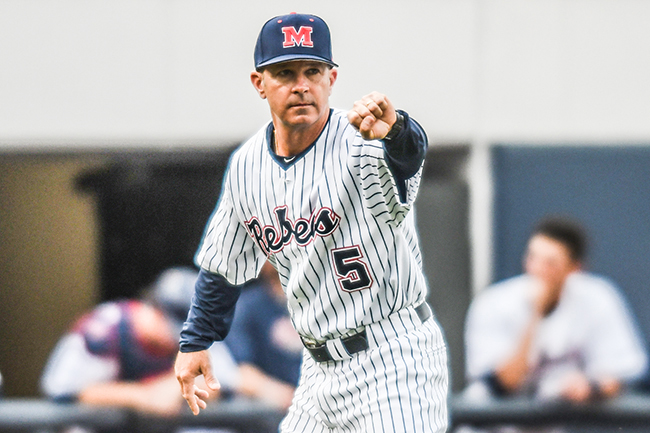 The Rebels earned 62 points and received one first-place vote from league coaches. Arkansas was picked to win the West while reigning SEC champion Florida, which was pegged to win the Eastern Division, was picked to repeat as the league champ.

Arkansas and Texas A&M each got a vote to win the league.

Ole Miss finished sixth in the Western Division last season with a 35-25 overall record and a 14-16 clip in the SEC, failing to make an NCAA regional for the first time since 2011 and just the third time in Mike Bianco’s 17-year tenure. The Rebels are tasked with replacing infield mainstays Tate Blackman and Colby Bortles but return a number of key pieces, including leading hitter Nick Fortes, outfielders Ryan Olenek and Will Golsan and sophomores Grae Kessinger, Cooper Johnson and Thomas Dillard.

Sophomore left-hander Ryan Rolison will headline a rotation that also has junior right-hander James McArthur back. Fourth-year junior Brady Feigl is the most likely candidate to fill it out after making six starts a season ago while Woolfolk will anchor the bullpen.

The complete coaches preseason poll and All-SEC team are below (first-place votes in parentheses).