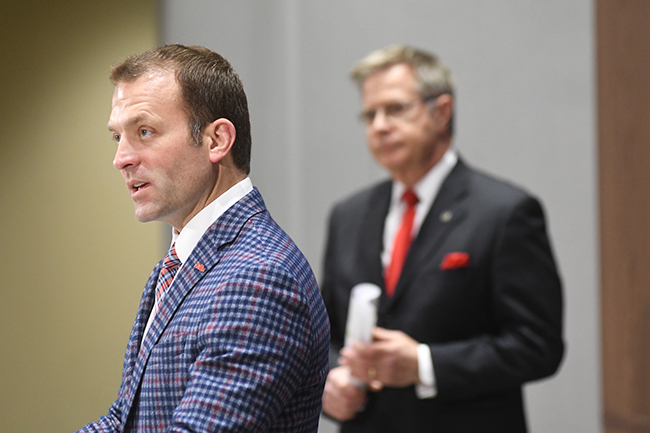 Ole Miss last week filed its written appeal in its NCAA football infractions case as the school tries to get penalties reduced handed down by the Committee on Infractions, including a multi-year bowl ban.

The school is also appealing a recruiting penalty that would limit prospects to one unofficial visit per academic year for the duration of the Rebels’ probation period as well as findings of a lack of institutional control and that Oxford-based retail clothing store Rebel Rags provided impermissible recruiting benefits in the form of free merchandise.

Ole Miss, which originally self-imposed a bowl ban for the 2017 season and 13 scholarship reductions over a four-year period, argued in its appeal the COI abused its discretion and went against precedent in issuing the LOIC charge, the added bowl ban and the recruiting restriction, which is an unprecedented penalty. Ole Miss called the restriction on unofficial visits “six times the period called for under the NCAA penalty matrix.”

The school also argued the finding that Rebel Rags provided free merchandise to Mississippi State players Leo Lewis and Kobe Jones and Lindsey Miller, Laremy Tunsil’s stepfather, is “clearly contrary to the overwhelming documentary evidence presented and suffers from significant procedural irregularities that wholly undercut the inconsistent factual predicate offered in support of the allegation.” Rebel Rags was one of nine boosters disassociated in December, but the store and its owner, Terry Warren, have since been reinstated pending the outcome of the appeal.

The COI has 30 days from the time it received the appeal to issue a response. Ole Miss will then have 14 days to provide a rebuttal before an in-person hearing is scheduled.

Read the full 43-page appeal below.