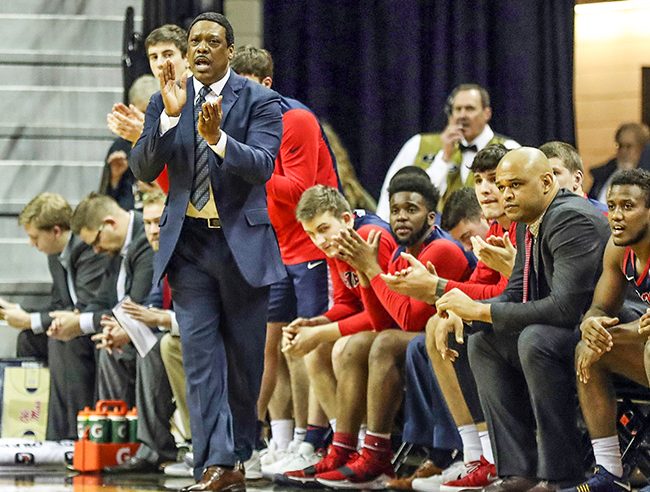 To say the odds of Ole Miss’ men’s basketball team making the NCAA Tournament, much less winning it, aren’t good would qualify as a massive understatement. But somebody apparently likes them.

An anonymous bettor put $100 on the Rebels to win this year’s national championship, according to a chart compiled by Nevada sportsbook William Hill detailing its single largest college basketball bets this year.

Ole Miss is in the midst of its worst season in more than a decade at 12-19 overall and 5-13 in SEC play — the worst record in the league. The Rebels have lost three straight and 10 of 11 heading into the SEC Tournament, where Ole Miss will face South Carolina in the first round Wednesday at 8:30 p.m. (SEC Network) at Scottrade Center in St. Louis.

What’s even crazier is the timing of the bet, which wasn’t placed at the beginning of the season. It was made less than a week ago (Feb. 28) — well after all the losses began to mount and 10 days after a coaching change was made following Andy Kennedy’s immediate resignation.

Ole Miss, which doesn’t own a winning streak longer than three this season, has to win five games in five days in St. Louis just to automatically qualify for the NCAA Tournament. Then the Rebels would have to win six tournament games to win it all.

The payout should Ole Miss actually pull off the unfathomable feat? $999,900.

Fascinating chart shared by @WilliamHillUS of the largest exposure they have on single college basketball bets this year. pic.twitter.com/jPA5gL8Rsj

Where does Wesley McGriff want to start in fixing…