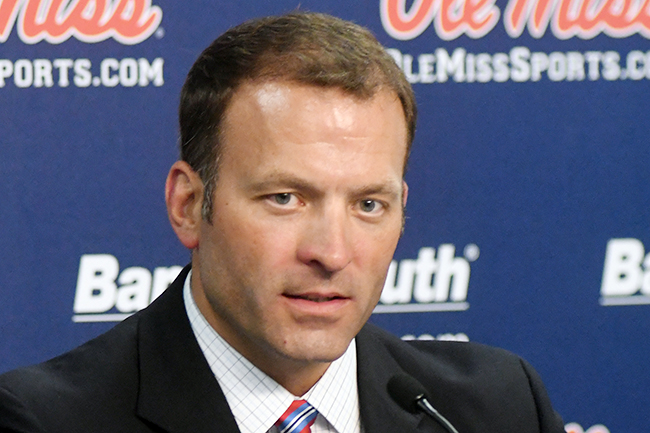 Ole Miss’ search for its next women’s basketball coach is about to ramp up.

The program joined the men’s team in the market for a new coach March 2 when the school announced it and Matt Insell mutually agreed to part ways after an inconsistent five-year tenure. Insell will receive a buyout of $570,000 payable over the final three years that remained on his contract, athletic director Ross Bjork said.

As for what’s been going on since then, Bjork said Ole Miss spent much of last week “just gathering a lot of information” and “talking to a lot of industry contacts that we have” about the job with teams around the country still waiting to play in the NCAA Tournament or the Women’s National Invitation Tournament.

Bjork said contact with candidates either directly or indirectly would likely begin later this week once those tournament brackets are unveiled tonight.

“We’ll know where teams are placed,” Bjork said. “We’ll know what the status is of all the programs out there with coaches we’d like to talk to.”

In a release announcing Insell’s departure a day after Ole Miss was bounced from the SEC Tournament with a loss to Missouri, Bjork said the school would conduct a nationwide search, citing the program’s “deep history of success.” Ole Miss has made 17 NCAA Tournament appearances, 10 Sweet 16s and five Elite Eights but hasn’t been a part of the field of 64 since its latest Elite Eight run in 2007.

The program has a long way to go to return to that level in the rugged SEC, which has two top-10 teams in Mississippi State and defending national champion South Carolina and could put at least half its teams in this year’s NCAA Tournament.

Insell weathered the sanctions stemming from the program’s NCAA infractions case he inherited in 2013, leading the Rebels to 19 wins and a run to the third round of the WNIT in his second season at the helm. Ole Miss made another WNIT appearance in 2017, but the Rebels finished last in the SEC in the three seasons it didn’t play in the postseason under Insell, bottoming out this season with a 1-15 league record, a program-record 13-game losing streak and 14 losses in their last 15 games.

Bjork said the ideal candidate will be a “unifier” that can establish a clear identity for a program in need of a talent upgrade.

Bjork said he’s eyeing the weekend of the Final Four (March 30-April 1) as a tentative timetable to make a hire.

“If you can hire somebody before that, then that’s sort of an added bonus,” Bjork said. “I think in the next two to three weeks, we’ll have a good sense of where we are.”

Virginia, Villanova, Xavier, Kansas get No. 1 seeds in…