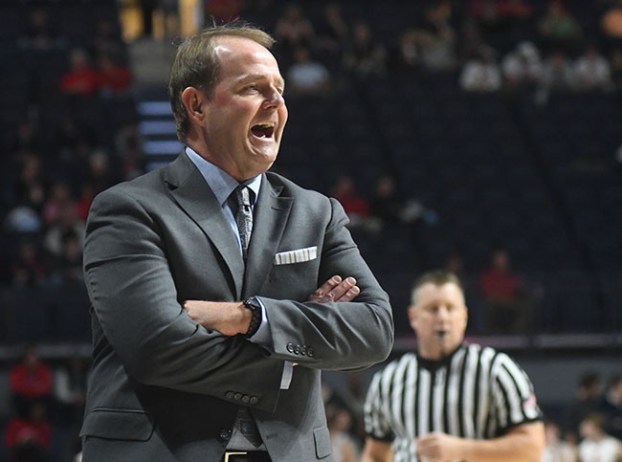 Ole Miss is closing in on its next men’s basketball coach.

The school is expected to hire Kermit Davis, according to multiple reports. Davis has spent the previous 16 seasons as the head coach at Middle Tennessee State.

An official announcement is expected by the end of the week, ESPN’s Jeff Goodman reported. Davis would replace the program’s all-time winningest coach in Andy Kennedy, whose 12-year tenure ended with his resignation in February amid the Rebels’ first losing season since 2006.

Ole Miss athletic director Ross Bjork said earlier this month the expectation moving forward is for players and coaches to wake up on Selection Sunday and know they’re in the NCAA Tournament. Ole Miss made just two tournament appearances under Kennedy.

Davis, 58, has led the Blue Raiders to six postseason appearances in his last nine seasons at the helm, including three trips to the NCAA Tournament. MTSU is playing this season in the National Invitation Tournament, where the Blue Raiders won their first-round game over Vermont on Tuesday and will face Louisville next at a date to be determined.

MTSU has averaged more than 25 wins the last seven seasons under Davis, who has coached the Blue Raiders since 2002. MTSU won back-to-back Sun Belt Conference Eastern Division titles in 2012 and 2013 before making the move to Conference USA, where the Blue Raiders have shared or outright won three of the last five regular-season championships.

The Blue Raiders went 16-2 in C-USA play this season for their latest regular-season title but were upset by Southern Miss in the conference tournament semifinals, relegating them to the NIT.

“Everybody in this town knows how much I love Middle Tennessee,” Davis said. “My full focus is Middle Tennessee basketball and how we can make a run and keep trying to keep these guys playing in the NIT tournament.”

Anatomy of The Shot: How Bryce Drew’s buzzer-beater happened and why it still stings for Ole Miss 20 years later

Keith Carter wonders if Ole Miss should have just let Valparaiso rebound the miss. Of course, the thoughts that flood... read more