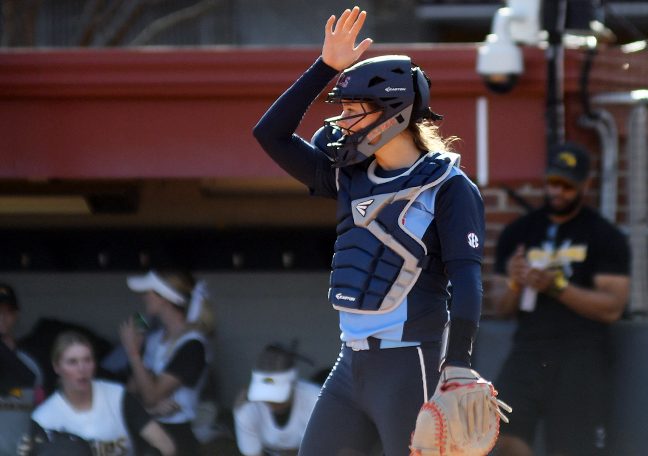 Ole Miss is headed back to the NCAA softball tournament.

The Rebels received an at-large berth into this year’s field of 64, which was announced Sunday night. Ole Miss will head to Arizona for the Tempe Regional and open tournament play against Long Beach State on Friday at 6 p.m. CT.

Host Arizona State, the No. 8 national seed, and New Mexico State will play the second game of the double-elimination regional, which will run through Sunday. The regional winner will be paired with the winner of the Columbia (South Carolina) Regional for a best-of-three super regional beginning the following week.

It’s the third straight NCAA Tournament appearance for the Rebels, who advanced to the first super regional in school history a season ago.

Despite having many key pieces back from last year’s run, including star pitcher Kaitlin Lee and preseason All-SEC outfielders Elantra Cox and Kylan Becker, Ole Miss (30-23) had an inconsistent showing this season after a 12-4 start. The Rebels didn’t win an SEC series until taking two of three from national seed Georgia in the final week of the regular season to sneak into the SEC Tournament as the 12th and final seed.

The Rebels were bounced by LSU in the opening round but had a top-35 RPI and eight top-25 RPI wins, including one over No. 1 overall seed Oregon, that carried them to an at-large berth. Should Ole Miss and Arizona State win their opening-round games, it would set up a rematch of last season’s regional meeting in Oxford, a game the Rebels won 2-0 on their way to their first-ever regional championship.

All 13 SEC teams made the field for the second straight season. The rest of the national seeds are No. 2 Florida, No. 3 UCLA, No. 4 Oklahoma, No. 5 Washington, No. 6 Florida State and No. 7 Georgia.