Tennessee Tech pitcher: ‘We are winning’ the Oxford Regional 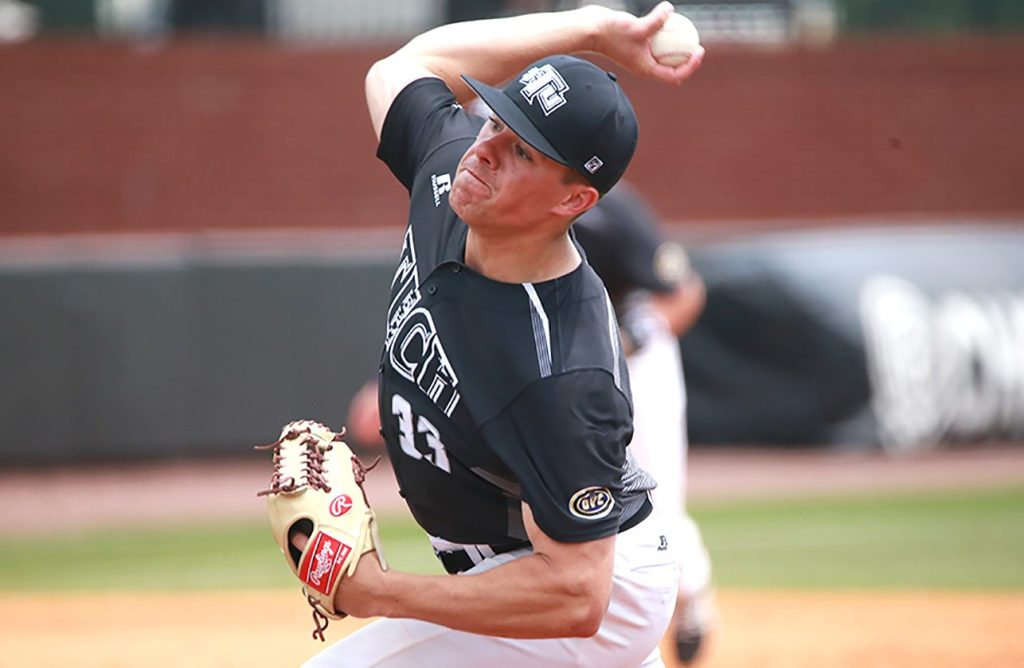 After the Golden Eagles were announced as the No. 2 seed in this weekend’s Oxford Regional, Moths told local media he liked his team’s chances of winning it so much that he predicted Tennessee Tech would not only advance to a super regional but be one of the last eight teams standings in the College World Series.

Tennessee Tech opens regional play Friday against No. 3 seed Missouri State at 2 p.m. Ole Miss will take on No. 4 seed Saint Louis in the nightcap at 6:30 p.m.

Moths has been one of the best players on a Tennessee Tech team that leads the nation in wins (48). The Ohio Valley Conference Pitcher and Player of the Year, the senior right-hander is 13-2 with a 3.72 earned run average with 93 strikeouts in 89 innings. He struck out eight while allowing four hits in 7 1/3 innings in his last start May 24 against Jacksonville State.

Moths and the rest of the Golden Eagles won’t be intimidated by what are likely to be sellout crowds at Oxford-University Stadium all weekend. Tennessee Tech, as the No. 4 seed, went to the Tallahassee Regional last season and knocked off top-seeded Florida State in its opener with Moths throwing three hitless innings in the Golden Eagles’ 3-1 win. Tennessee Tech was eliminated with losses in its next two games.

Tennessee Tech won 28 straight games at one point this season and has a road victory over fellow NCAA participant Vanderbilt, but the Golden Eagles have played just four games against RPI top-50 teams. Their game against Missouri State will be their first against an RPI top-25 opponent this season.

Gotta love the confidence from the #OVC pitcher of the year Travis Moths (@travis_moths) and @TNTech_Baseball. pic.twitter.com/bUoF50lqUW