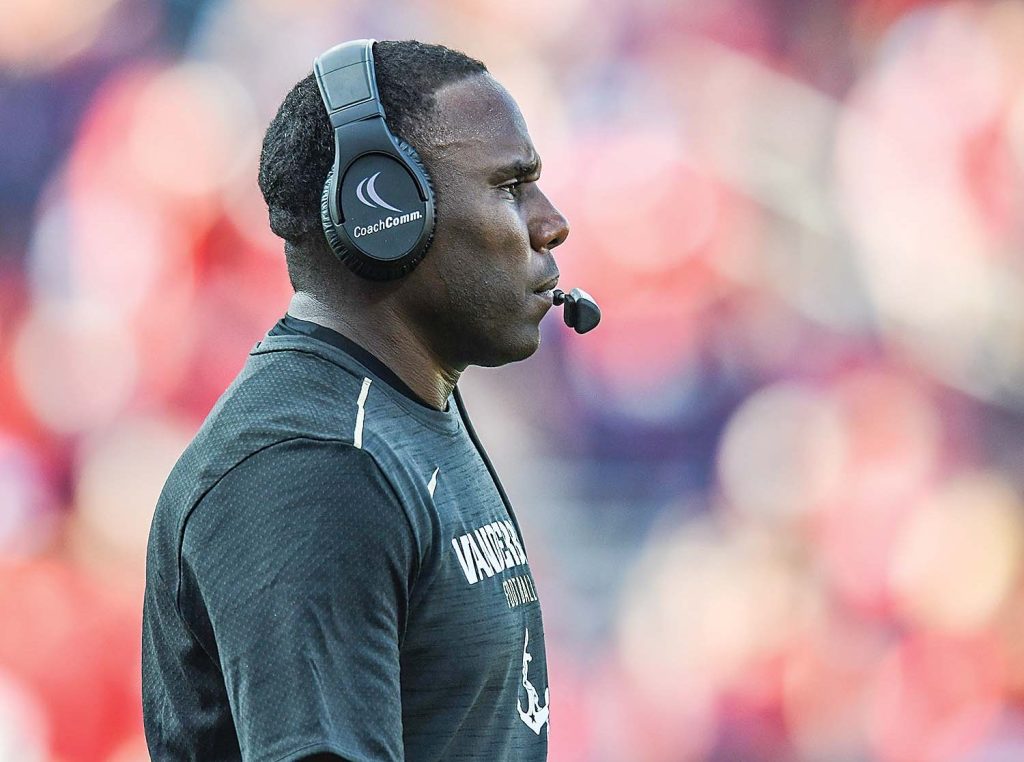 EDITOR’S NOTE: This is the 11th in a 12-part series breaking down each of Ole Miss’ football opponents for the 2018 season.

Chances are Vanderbilt won’t ever be confused for a college football juggernaut, but Ole Miss’ permanent cross-division opponent in the SEC is still waiting to break through under Derek Mason.
Time may be running out on the Commodores’ fifth-year coach.

Since James Franklin took Vanderbilt to unprecedented heights during a three-year stint that included back-to-back nine-win seasons and three straight bowl games before leaving to take over at Penn State, Vanderbilt has fallen back on hard times. The Commodores have yet to have a winning season under Mason, who’s won just 36 percent of his games in his first four at the helm (18-31 overall) with just six SEC wins.

That makes this fall an important one for Mason’s job security. ESPN and CBS Sports have both pegged Mason as a coach for whom the pressure is mounting heading into a season in which Ole Miss and Vanderbilt will renew their series Nov. 17 at Vanderbilt Stadium in Nashville.

Ole Miss has won three of last four meetings with Vanderbilt, which will be the Rebels’ permanent Eastern Division opponent until at least 2025 under the SEC’s current scheduling format. Ole Miss dropped 57 points on the Commodores in a 22-point win last season in Oxford, which highlighted the uncharacteristic season-long struggles for Vanderbilt on that side of the ball given Mason’s defensive background.

Vanderbilt dropped to eighth and 11th in the SEC in yards allowed and points allowed, respectively, last season but has some experience back to try and help improve on those numbers. Safety LaDarius Wiley is back as the leader in the secondary after notching a team-best 88 tackles while Joejuan Williams returns at corner after recording a team-high 10 pass breakups last fall.

Oren Burks’ third-round selection in the NFL Draft left a void to fill at middle linebacker, but senior Charles Wright returns to the second level after leading Vanderbilt with nine sacks last fall. Dare Odeyingbo emerged as a disruptor off the edge last season with 4.5 sacks and a team-high 11 tackles for loss and returns to anchor the defensive line.

The good news for the Commodores’ offense comes in the form of a seasoned quarterback. Senior Kyle Shurmur, the son of New York Giants coach Pat Shurmur, will open the season having started 28 straight games under center coming off a season in which he set a school record with 26 total touchdowns and threw for 2,823 yards. Kalija Lipscomb (37 catches, team-high eight TDs) and tight end Justin Pinkey (22 catches, 279 yards, three TDs) are Shurmur’s top returning targets.

The bad news is the Commodores are losing their top two receivers and have to find a replacement for running back Ralph Webb, the school’s all-time leading rusher, in an offense that’s running low on proven playmakers. Illinois transfer Ke’Shaun Vaughn and senior Khari Blasingame are left as the top candidates to try to ignite a running game that produced the fewest yards in the SEC last season.