Kessinger selected by Astros in 2nd Round 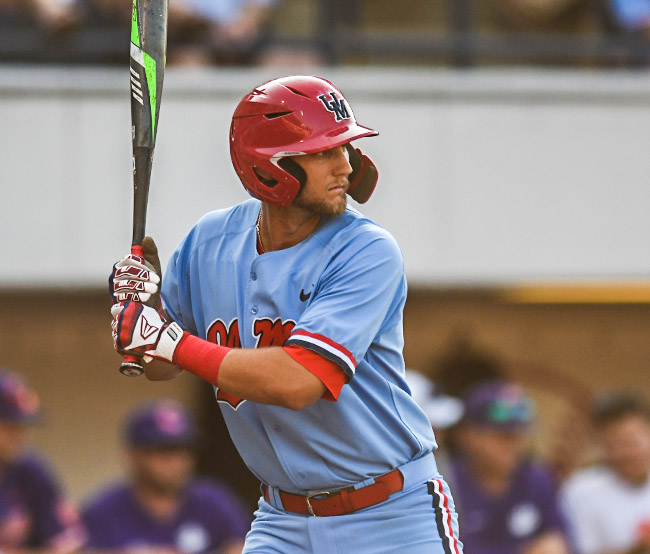 Kessinger was taken by the Houston Astros in the second round as the 68th overall selection.

The former Oxford Charger was drafted out of high school in 2016 in the 26th round and 774th overall pick by the San Diego Padres but decided to go to Ole Miss instead.

Kessinger enters super regional play with a .332 batting average for the season. He has scored 63 runs and driven in 47, while tallying 18 doubles and five home runs. He’s been efficient at the plate as well, drawing 40 walks while striking out just 32 times in 262 at-bats. His .427 on-base percentage is third on the team. Additionally, Kessinger is 16-for-19 in stolen bases.

The Rebel shortstop led the Southeastern Conference with 51 hits against league competition. His .405 batting average and .472 on-base percentage were good for second during the conference season. He was also among the top 10 in the league in doubles, total bases, slugging percentage, RBI and stolen bases.

Kessinger has made eight errors with 94 putouts and 153 assists. He has made just three errors in his last 42 games.

Eighteen shortstops were selected in the first two rounds.

The draft continues Tuesday beginning at 12 noon with Rounds 3-10.