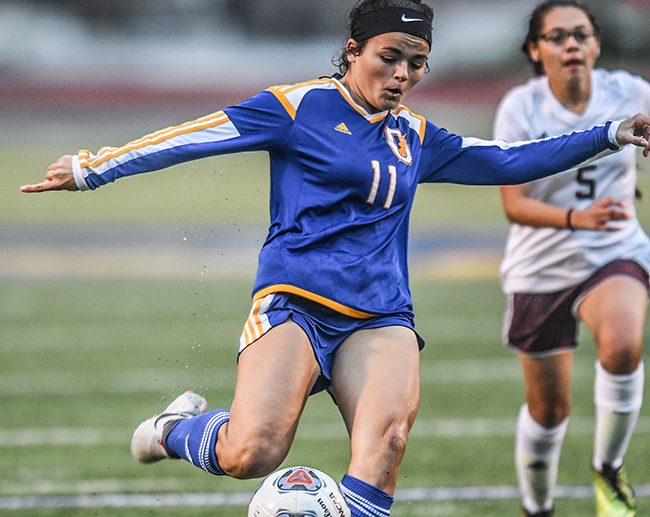 Morgan O’Connor of Oxford soccer was named the Gatorade Mississippi Girls Soccer Player of the Year for the second time on Thursday morning, solidifying her place in state lore.

“We knew all year long that she’s the best player in the state. It’s great for her to be recognized nationally as well,” said Oxford head coach Hunter Crane. “For her to win it twice shows how hard she’s worked over her career.”

O’Connor graduated Oxford High School in May. In her final year as a Charger, O’Connor scored 34 goals, adding seven assists, while leading Oxford (18-2-1) to the 6A state quarterfinals in the playoffs. Over the course of her entire high school career, she totaled a lofty 141 goals and 55 assists.

Among those winning the award in the past include a bevy of names on the USA Olympic Soccer Team, some of whom are competing right now in the World Cup. Mallory Pugh, among others, won the award when she was in high school, as did former members of the Olympic team such as Abby Wambach. It’s something that really hits home for O’Connor, who said she has spent her whole life looking up to them.

“It’s awesome. It’s really cool to be named near those girls,” O’Connor said. “It’s such an honor to be right there with some girls you look up to.”

For O’Connor, she gets to add this to a trophy case that includes not just another Gatorade Player of the Year award from the past, but a recent Allstate All-American award selection. She’ll be joining Ole Miss on a soccer scholarship for the 2019-2020 school year.

This award, with one player named from each state across the nation, is given not only for athletic successes, but for high standards of academic excellence and character on and off the field.

“We’ve had a lot of talented players, but there’s just something special about Morgan,” Crane said. “The way that she holds herself on the field and the way that she acts on the field – she’s just on a different level. She’s a once-in-a-generation type of player.”

By winning the award for the state of Mississippi, O’Connor is now nominated for the Gatorade National Girls Soccer Player of the Year award to be announced later this month.