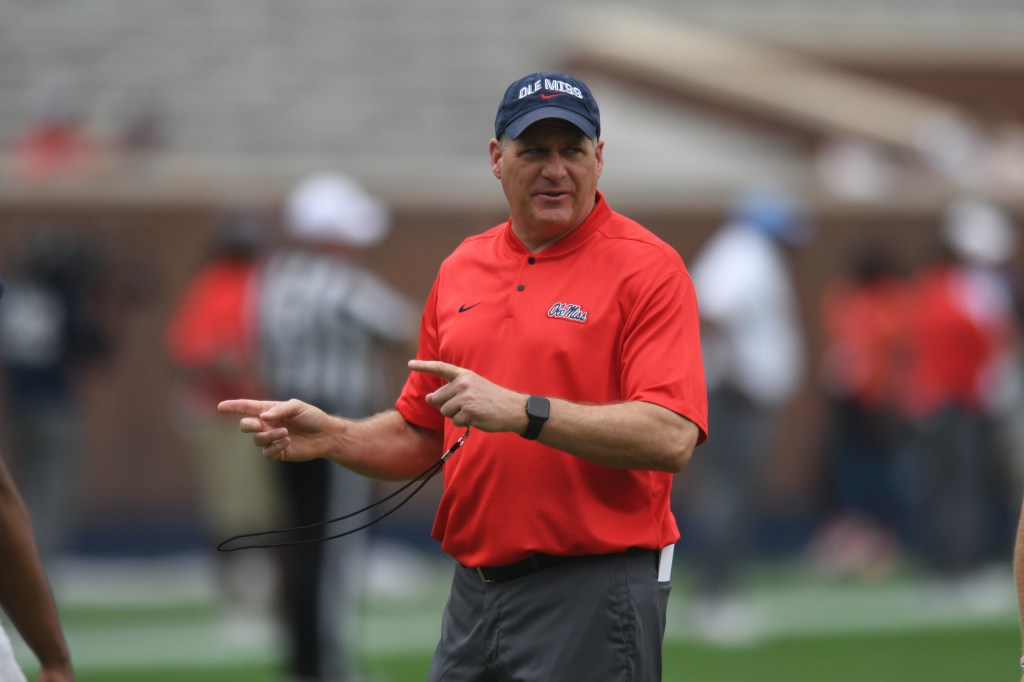 The Ole Miss offense is going to look quite a bit different in 2019. But this isn’t exactly news.

Gone are the days of the Phil Longo, pass-heavy ‘get open’ routes. Instead, Rich Rodriguez is going to bring to Ole Miss a much more run-heavy approach.

Rodriguez’s past is well documented. He was one of the first to utilize a straight zone read with the quarterback. He’s been ahead of the times as far as run schemes are concerned for a while.

Now, in the dog days of the sports summer cycle, I’ve taken some time to go back and look at a few of the Rich Rodriguez games coached at Arizona – his most recent stop prior to Oxford.

One of the first glaring ideologies in Rodriguez’s schemes is how multiple the run game is. That’s what this article will focus on. With nine weeks until football season, there’s more than enough time to look at a few games. But here we’ll start at what seems like a logical point – a 2017 game against Colorado and Mike MacIntyre, the current Ole Miss defensive coordinator.

Running the football is often a numbers game. Rodriguez does a good job of scheming the math to favor the offense. In this play, the offense uses a receiver motioning before the snap to create that numbers advantage. The receiver coming across the formation occupies the right edge defender and the right side linebacker. That’s two defenders that no longer are involved in the actual play – a carry from the running back. The result is simple, a huge hold for an easy fifteen yard carry.

The concept gained a lot of publicity this past season when the L.A. Rams utilized it to get Todd Gurley running for over 1,200 yards and 17 touchdowns in 2018. But Rich Rod’s been doing it for quite a while.

You have to keep defenses on their toes. If they think they know what’s coming, the offense has little chance at success. Rodriguez often has multiple plays that look identical pre-snap, and even immediately after. The play above focus’ on the tight end lined up behind the right tackle.

In the first play, he goes out as if he’s running a flat route – he’s just a decoy for the run. The second play looks nearly identical pre-snap but utilizes him as a blocker. The third play looks exactly like the first, except this time he gets the ball for an easy first down. Keep them guessing.

The first of these two plays is a straight read option. An edge defender is left unblocked and the quarterback can choose to either hand the ball off or keep it. It’s a staple of the offense.

Matt Corral, Ole Miss’ incumbent starting quarterback, doesn’t have the straight line speed of Arizona QB Kahlil Tate. However, it’s a play he’ll have to keep the ball on a few times a game, if just to keep the defense honest. And more importantly, the threat of Corral running opens up what happens here in the second play.

Like the Rams and the motion running game, the Philadelphia Eagles popularized the run-pass-option (RPO) during their Super Bowl run in the 2017 season. Essentially, quarterbacks choose not just whether to keep or hand the ball off, they then choose whether or not to pass. There’s a ton of very fast, mental processing involved, but when it works the running game threat can create wildly simple throws for the quarterback.

In the second play of the sequence above, the linebackers bite hard on Kahlil Tate when he keeps the ball. What it leads to is a simple four yard toss leading to a 28 yard gain for the offense. It’s a big passing game all predicated on Rodriguez’s running game.

No one knows what 2019 has in store for Ole Miss football. The 2019 Rebels will certainly look different than Rich Rod’s Arizona teams, simply based on personnel. Corral is not the athlete Tate was, but he’s competent no doubt. But Ole Miss has a staple of diverse running backs from senior Scottie Phillips to freshman Jerrion Ealy, that will make this running game exciting.