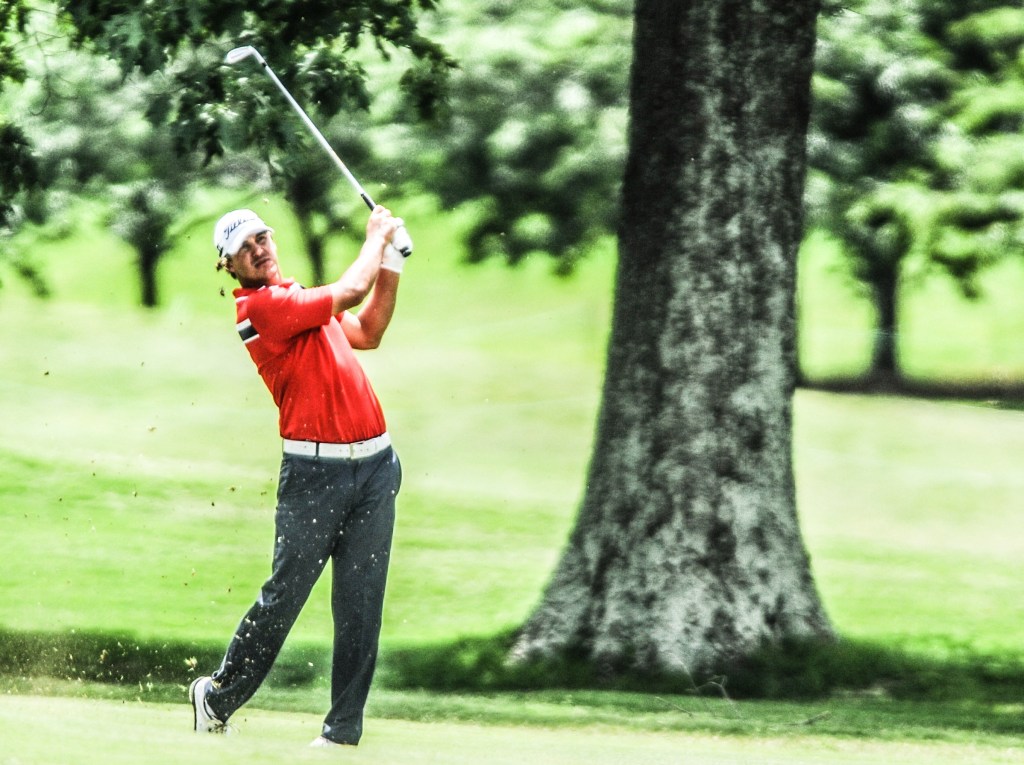 Brooks Koepka hits an approach shot on the 9th hole at the FedEx St. Jude Classic at TPC Southwind in Memphis, Tenn. on Sunday, June 14, 2015.

MEMPHIS, Tenn. – Wednesday morning at the WGC-FedEx St. Jude Invitational featured a lot of talk from golfers about barbecue, Memphis and the course they’ll all be playing on Thursday.

“I’m excited to go get some barbecue at some point. It’s similar to Alabama, we had some pretty good barbecue places in Tuscaloosa. Try to check at least a barbecue spot or two out,” Justin Thomas, who attended the University of Alabama, said. “I have a couple buddies that are from the area, so maybe ask them about some good spots to go eat, because I like food, and we’ll see if we can find some good spots.”

Thomas is one of a handful of top players in the field to have never played there before.

On the other hand, the number one player in the world and winner of four of the last 10 majors, Brooks Koepka, is familiar with Memphis and the course.

Brooks Koepka talks St. Jude and his visit to the Hospital. @WGCFedEx pic.twitter.com/kG3NYZeOJQ

Koepka is one of the top guys who have played in Memphis before, and often. Not always a World Golf Championship event, St. Jude Classics of the past were often the week right before the U.S. Open. Therefore, many golfers on the field have never even played there, like Thomas. Many of them have never even been to Memphis. This gives Koepka a unique perspective, he said, adding that he had nothing but praise for the city and for TPC Southwind.

“I love this place. This place has always been good to me. I feel like I play it really well. I enjoy the golf course, I enjoy Memphis,” Koepka said. “It’s a fun place to come back year after year, so I’ve enjoyed it. This golf course, obviously with a little bit of rain, it’s a little bit softer than it has been in years past, but the golf course is in probably the best shape I’ve seen it the last four years.”

All that said, Koepka won’t be eating any Memphis BBQ. He brought his own chef, he said, as the local cuisine “isn’t really on my diet, unfortunately.”

Justin Rose, the No. 4 player in the world, is another one of the players who’s never played at TPC Southwind or spent time in Memphis – he’s also from England.

Rose didn’t get into town until last night. He emphasized looking forward to getting out in the city and trying the food and seeing sights, allowing him to hedge the barbecue question until later in the week. But first glance, Rose was enjoying the feeling of TPC Southwind.

“I’ve always been a guy that’s liked to kind of practice before major championships, so to have the opportunity to finally be here in Memphis is something I’ve been looking forward to,” Rose said. “My first impressions is that it’s fantastic. The conditioning of the facility is unbelievable. I’m going to get out there this afternoon and look at the golf course.”

Fans were already crowding the driving range on Wednesday to watch practice rounds. Golfweek.com wrote a story about how the tournament means more to those in the Memphis area than the world, and maybe that’s true. But it seems like the turnout for the four-day tournament may set TPC Southwind records.

Event organizers didn’t want to put a figure on the anticipated fan turnout for the next four days. What they would say is that they’ve already sold over twice as many tickets as the year prior.

“I mean, this golf course is just as good, I think. I’ve enjoyed it. I think you see a lot of guys have played this event over the last five years,” Koepka said. “There’s a lot of energy, a lot of passion here. I think every time we’ve come on the weekend, there’s been – I don’t know how many fans actually show up. But it always feels like the last couple groups, it’s packed like 10 deep. That’s what makes it fun for us.”

If estimates are true, and double the tickets are being sold, that 10-deep crowd will be 20-deep or more come Sunday in Memphis.