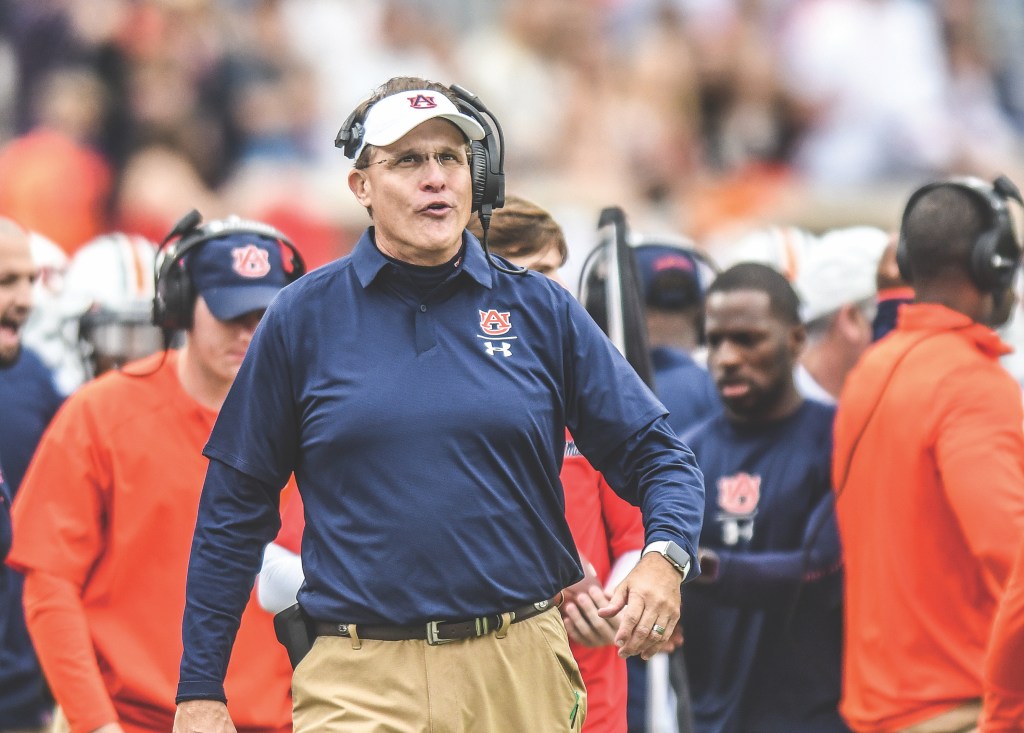 Editor’s note: Auburn takes us to part three of a 16 part series, examining every team in the SEC, plus three bonus’ with the three FBS Ole Miss non-conference games. We’ll preview one school nearly every day, alphabetically, until all 16 are completed. Over the weekend, we previewed Arkansas. Today, the Auburn Tigers. For each of the schools in the series, see the bottom of the article.

The Jared Stidham Era of Auburn football never remotely even lived up to expectations. In 2017, his first season at Auburn after transferring from Baylor, Stidham flashed as a legitimate first round NFL prospect. He threw 18 touchdowns and lead the Tigers to a 10-4 record. But he never got any better. A senior a year ago, he threw just 18 touchdowns again, and the Tigers went just 3-5 in the SEC.

Literally every starter on the Auburn offensive line returns from last year, great news for whichever player starts at quarterback – redshirt-freshman Joey Gatewood or true-freshman Bo Nix. Gatewood is in the Auburn Cam Newton-mold. He’s 6-foot-5, 237-pounds and a true dual-threat. In the spring game, he completed 8 of 12 passes for 130 yards and two touchdowns – he didn’t run much because of quarterback non-contact rules. Nix is a different kind of dual-threat at 6-foot-2 and 210-pounds, but he’s the top dual-threat quarterback in the 2019 recruiting class and the No. 33 overall player in the class.

Auburn didn’t run the ball well last year, but the good news is their leading rusher a year ago was a freshman. JaTarvious Whitlow will be relied upon a lot more as now a sophomore – he did average an impressive 5.2 yards per carry as a redshirt freshman. However, the strength of the offense will really be in the offensive line, where they return a very veteran offensive line, one that contains first-round NFL talent.

One year ago, the Auburn defense ranked No. 6 in the nation in S&P+, a defensive efficiency metric. They ranked just ahead of Alabama in this metric and just behind LSU, who lead the SEC. The crazy thing is, there’s no reason to believe this defense can’t be even better in 2019. In the secondary, everyone is back, including senior safety and All-SEC selection Daniel Thomas. The linebacker core will have some turnover and fresh faces, but that defensive line should be able to cover up any perceived holes at linebacker.

Auburn opens the season against Oregon, a really tough opening game at AT&T Stadium in Dallas for whichever of the freshman quarterbacks Malzahn decides to go with. The team is really talented, but it’s hard to imagine a freshman quarterback, no matter how good, leading a team to better than a third place finish in the gauntlet that is the SEC West.