A timeline of COVID-19’s impact on the sports world 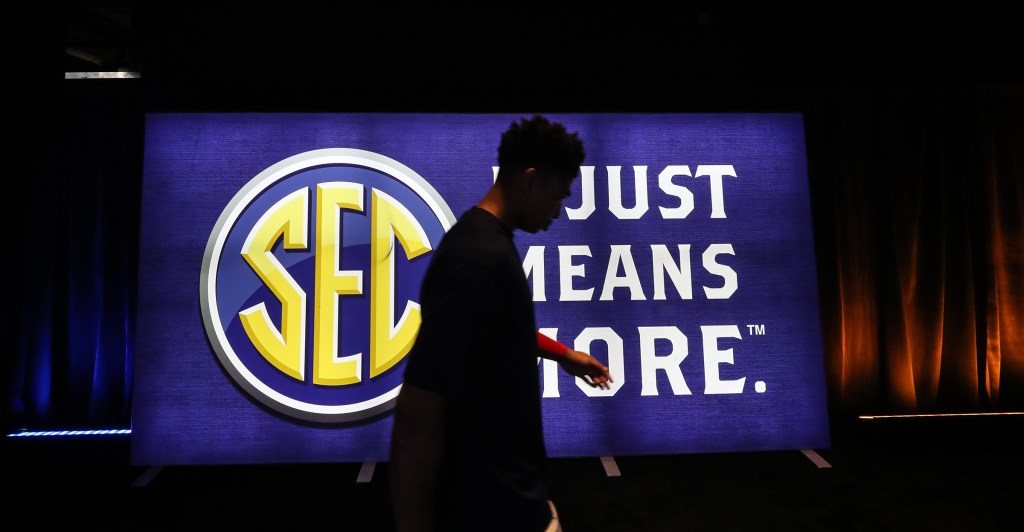 Ole Miss Basketball vs Georgia in the 2020 SEC Tournament in Nashville, TN. Twitter and Instagram: @OleMissPix Buy Photos at RebelWallArt.com

In a span of seemingly 48 hours, the American people went from their normal lives into isolation. Due to the coronavirus (COVID-19) outbreak, we went from having the SEC opening weekend of baseball on Friday and a selection show for March Madness on Sunday, to nothing at all.

Sports, inherently, matter very little in a country and a world dealing with one of the largest public health crises since the HIV/AIDS outbreak swept the country in the late 80s and early 90s. But one of our nation’s greatest outlets and escapes – sports – is essentially cancelled until further notice.

It’s hard to put entirely into perspective everything that’s happened these past few days, but placing everything (or at least the larger events impacting us in Mississippi, the SEC and surrounding areas) on a timeline should help. The larger of the dominos to fall are italicized below.

11:20 a.m.: The Ivy League cancels their men’s and women’s basketball tournaments, being the first league to do so.

1:10 p.m.: Complying with city orders recommending against gatherings of 1,000 or more people, the Golden State Warriors announce they will prevent fan attendance at games.

1:45 p.m.: Ohio’s governor closes the NCAA Tournament First Four (in Dayton) and second round games (in Cleveland) to fan attendance.

2:03 p.m.: The Ivy League cancels all competition and practice for the remainder of the 2019-20 school year.

3:30 p.m.: The NCAA announces they will hold the men’s and women’s basketball tournament as scheduled, but closed to fans, seemingly the first domino to fall amid larger, nationwide closure of sports.

5:30 – 8:00 p.m.: Between these times, the Big10, ACC, Pac-12 and SEC all close their men’s basketball tournaments to fan attendance, beginning Thursday. Many of these leagues had ongoing games on Wednesday, in which fans attended.

The SEC adds that there will be no fans in attendance of any sporting events from Thursday, March 12 until March 30. Other leagues put in similar precautions.

7:40 p.m.: An NBA game in Oklahoma City between the Jazz and the Thunder is postponed.

8:32 p.m.: The NBA suspends all operations indefinitely, however, games being played at the time of announcement are completed.

9:49 a.m.: Donovan Mitchell, a teammate of Gobert’s on the Utah Jazz, tests positive for COVID-19.

10:47 a.m.: With teams warming up and a game set to begin, the SEC, ACC, Big10 and PAC12 all cancel their men’s basketball tournaments within minutes of each other. Other conferences follow suit.

11:30 a.m.: At this time, the SEC suspended all upcoming sports, instilling a March 30 deadline as a potential return to action. The men’s basketball tournament was cancelled, baseball for the upcoming weekend was cancelled and all subsequent events until March 30 were cancelled, including all recruiting activities.

12:32: SEC commissioner Greg Sankey speaks to media in Nashville. Sankey said a lot, particularly that this March 30 deadline very well may be pushed back in the future. For more on the SEC and what Sankey said, see here.

“We have a March 30 date. The majority of our spring sports operate beyond that date,” Sankey said. “We’ve created this as an interim period where we will work with our campus’ to determine how we will return to our normal operation. It may not be March 30.”

12:49 p.m.: Duke announces that, regardless of the NCAA’s decision on holding the men’s basketball tournament, they will not attend. It is worth noting that Duke’s athletic director, Kevin White, is the chair of the NCAA Tournament selection committee.

1:17 p.m.: By this time, any remaining conference yet to cancel their men’s basketball tournament (Atlantic 10, Big East, MAAC, etc.) has now done so.

3:16 p.m.: The NCAA cancels the NCAA men’s and women’s basketball tournaments in their entirety, additionally cancelling all remaining winter and spring championships. Some events cancelled, such as the College World Series, were not until June.

3:40 p.m.: SEC commissioner Greg Sankey goes on SEC Network, saying he’s surprised at the NCAA’s decision to cancel baseball and softball so far in advance. He is “looking forward to understanding” why they made the decision so early.

9:00 p.m.: The PGA Tour cancels the Players Championship after one round, suspending all events through April 5.

11:57 a.m.: The NCAA suspends all recruiting activities until April 15.

11:58 a.m.: According to Jeff Goodman, the “NCAA’s Council Coordination Committee has agreed to grant relief for the use of a season of competition for student-athletes who have participated in spring sports.” They are still discussing what to do with winter sports.