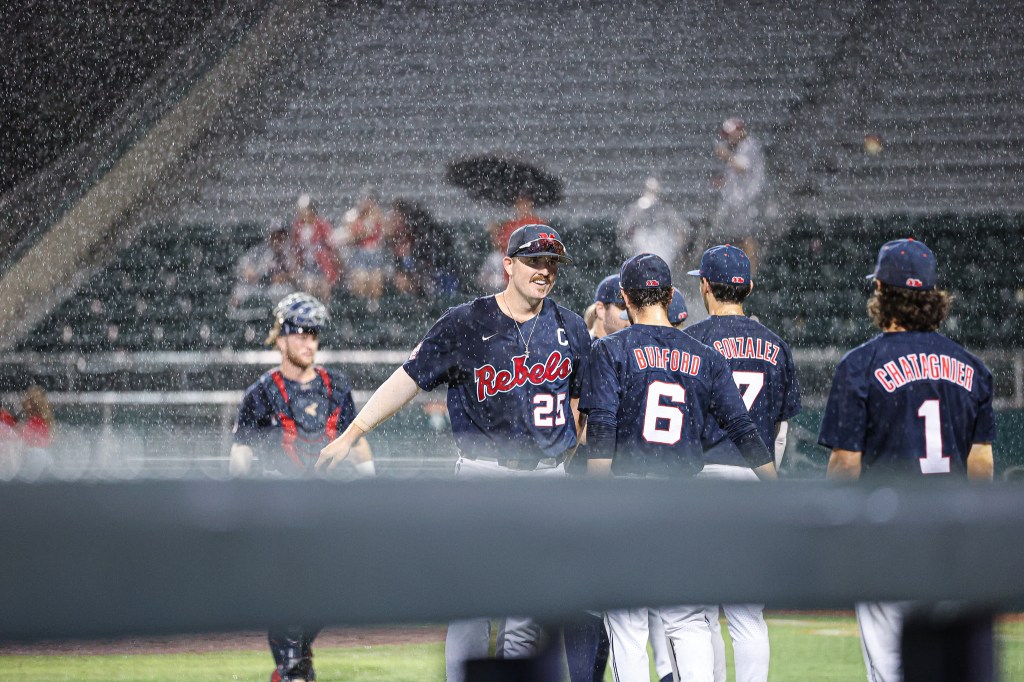 Ole Miss baseball will have to wait a little longer for their regional final matchup with Arizona after another round of storms brought heavy rains to South Florida early Monday afternoon.

The Coral Gables (Fla.) regional was delayed almost 24 hours this weekend due to Tropical Storm Alex, which brought nearly a foot of rain to parts of South Florida and triggered flash flood warnings across the state.

Ole Miss was mostly unaffected by the delay, defeating Arizona 7-4 late Saturday night before turning around and knocking off No. 6 Miami 2-1 Sunday afternoon.

The Rebels’ were originally scheduled to take on the Wildcats in the regional final at Noon C.T., but that game is currently in a weather delay as scattered thunderstorms continue to dump rain on Miami-Dade County.

A new start time has not yet been announced for the game, but it appears the Rebels must wait a little longer as they try and clinch a trip to the Super Regionals for the third consecutive season.