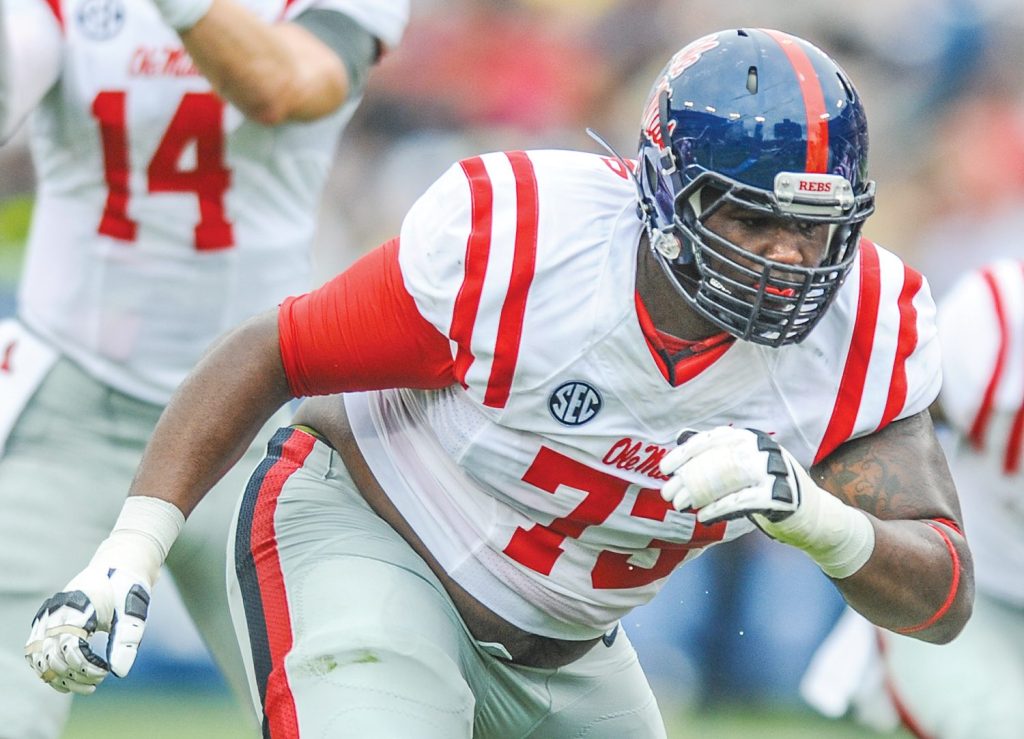 Ole Miss offensive lineman Rod Taylor didn’t ring up several groceries items while shopping in Oxford on Sunday and told police it was because he was distracted by a phone call, according to a supplement case report obtained by the EAGLE Friday.

Taylor was arrested Sunday at Walmart at 1:25 p.m. and booked into the Lafayette County Detention Center by officer Steven Lewis of the Oxford Police Department on a charge of misdemeanor larceny shoplifting. He was released on cash bond approximately two hours later.

According to the report, Lewis was told by Gary Ferguson with Walmart’s Loss Prevention upon his arrival that Taylor rang up some of the items from his buggy in a self-checkout aisle, swiped his debit card and then picked up unpaid items from his buggy and placed them in Walmart bags before putting them back in his buggy. The items Taylor didn’t pay for, which totaled $41.53, were two cans of baked beans, onions, potatoes, a 12-pack of grape soda, Ocean Spray juice, hamburger meat and one bag of charcoal.

Ferguson placed Taylor under arrest, and Lewis put Taylor in handcuffs for shoplifting and walked him out to his patrol unit before another set of handcuffs were placed on Taylor, though a reason as to why wasn’t given in the report.

“Once at the vehicle, Taylor said he has had shoulder surgery and the handcuffs were too tight,” Lewis said in his report. “Sgt. Wray handed me an extra set of handcuffs, and I placed two sets on Taylor.”

While being transported, Lewis said Taylor told him he forgot to ring up the items he didn’t pay for after he answered a phone call while checking out. Lewis said he reviewed the store’s video footage and didn’t see Taylor talking on the phone while checking out, according to the report.

Ole Miss coach Hugh Freeze said in a statement earlier this week facts were still being gathered and that the incident would be handled internally if needed. Taylor is scheduled to appear in municipal court May 25.

Taylor, a projected starter at guard, is sitting out this spring as he recovers from offseason surgery on a torn labrum. The rising junior has four career starts.