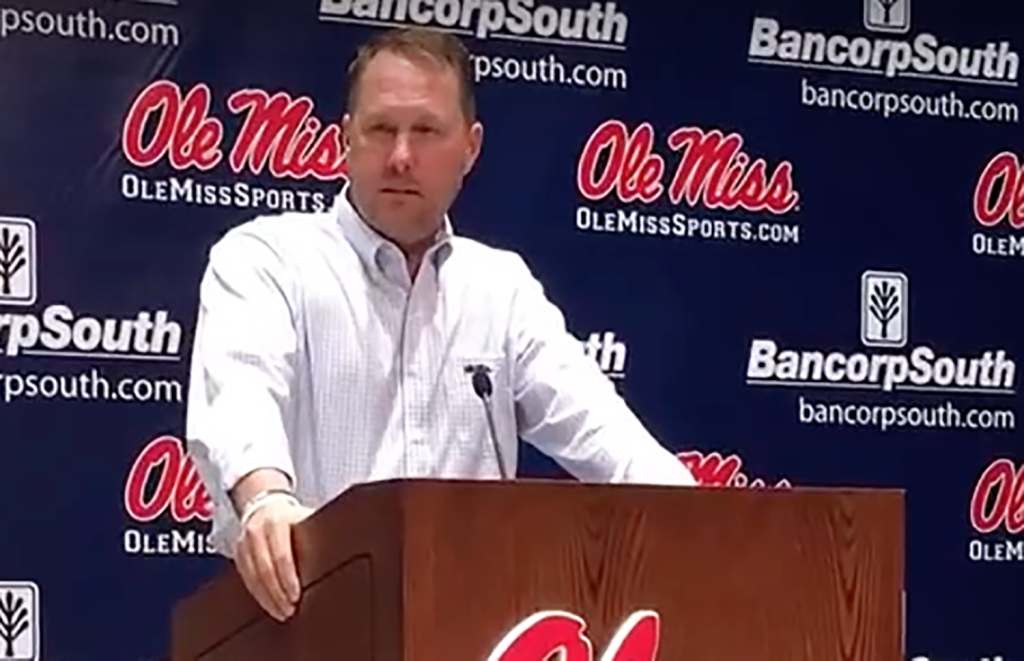 Ole Miss coach Hugh Freeze and quarterback Chad Kelly met the media Monday to talk about the Rebels’ upcoming trip to Arkansas on Saturday (6 p.m., ESPN) as well as the incident that drew national headlines over the weekend involving Kelly at his brother’s high school football game.

Kelly had to be restrained after running onto the field during a benches-clearing scuffle between Bishop Timon-St. Jude and St. Joseph’s Collegiate Institute that began after Kelly’s younger brother, St. Joe’s quarterback Casey, was hit late out of bounds. While Chad, who also played at St. Joe’s, had to pushed back toward the St. Joe’s sideline by players and coaches, video footage doesn’t show Chad participating in the fight.

As for the Rebels’ next opponent, Freeze said last year’s wild 53-52 overtime loss to Arkansas isn’t the driving motivation for his team as Ole Miss tries to end a two-game losing streak in the series. But players admit it hasn’t come close to being forgotten.

Watch Freeze and Kelly hit on all of this and more in the videos below. Freeze addresses the incident starting at the 4:52 mark of the video while Kelly talks about it starting at 0:54.