What is Ole Miss getting in Phil Longo and Wesley McGriff? 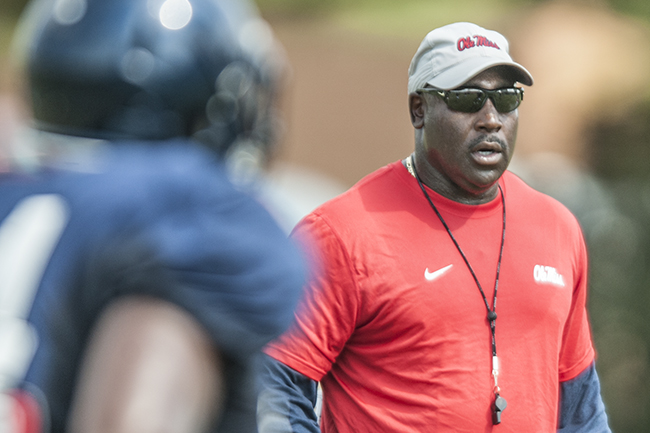 Though the school hasn’t made an official announcement, multiple media reports surfaced Thursday that the Rebels have tabbed Phil Longo as the offensive coordinator and former Ole Miss assistant Wesley McGriff to run the defense. An Ole Miss spokesman wouldn’t confirm or deny the reports.

Assuming the announcement is a formality, head coach Hugh Freeze has found the coaches he wants to help turn around an inconsistent offense and the worst defense the Rebels have had in his five-year tenure.

So who are Longo and McGriff, where did they come from, and what made them Freeze’s choices for the gigs? Only Freeze can answer the latter, but here’s a look at the Rebels’ new coordinators.

McGriff, who spent this season as Auburn’s secondary coach, has a connection to Freeze after working under him as the Rebels’ cornerbacks coach in 2012. He will replace Dave Wommack, who retired after a 38-year coaching career.

It’s unclear whether McGriff will coach in Auburn’s Sugar Bowl matchup against Oklahoma on Jan. 2. He’s making $500,000 at Auburn this season.

McGriff has never been a coordinator at the FBS level but has nearly three decades of experience coaching at the collegiate and professional levels. He tutored draft picks Brandon Harris and Kenny Phillips as Miami’s secondary coach from 2007-10 and Casey Hayward, a second-round selection, as Vanderbilt’s defensive backs coach in 2011.

McGriff spent three seasons as the secondary coach for the New Orleans Saints before being hired at Auburn in January.

Auburn’s pass defense improved slightly under McGriff, ranking 61st nationally (223.6 yards allowed per game) after finishing 63rd in 2015 (222.5). The Tigers are eighth in the Southeastern Conference with 11 interceptions, three more than Ole Miss had.

Auburn is also fourth nationally in red-zone defense, fifth in scoring defense, 20th in total defense, 21st in rushing defense and 37th in turnover margin. Ole Miss isn’t better than 84th in any of those categories.

McGriff is known as a prolific recruiter, an important criteria with Freeze admitting the Rebels have to enhance the talent level on the roster after the worst defensive season in his five-year tenure. McGriff was named one of the nation’s top 20 recruiters by multiple recruiting services after playing a major role in helping Ole Miss sign five-star prospects Robert Nkemdiche and Tony Conner as part of a star-studded 2013 recruiting class.

“He’s so energetic and passionate about what he does, has great knowledge and understands how to capture his room,” Freeze said of McGriff before the Rebels’ game against Auburn in October. “Also he’s just really, really dogmatic in recruiting as far on it every day and developing relationships with young men. He’s very talented at that. He was vital.”

The only downside to the timing of McGriff’s hiring from a recruiting standpoint is he won’t be able to meet with prospective players in this year’s recruiting class until next month. The NCAA’s dead period, which forbids college coaches from having any face-to-face contact with recruits and their parents, began Sunday and runs through Jan. 11.

It’s unclear what kind of scheme McGriff will run or how many defensive assistants outside of Chris Kiffin, who’s leaving to be his brother’s defensive coordinator at Florida Atlantic, will be retained. 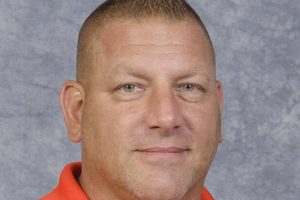 Longo has never been a coordinator at the FBS level either, but the 49-year-old spent the last three seasons in the same role at Sam Houston State directing one of the nation’s most prolific offenses at the FCS level.

Longo will replace Dan Werner, who was fired last week after serving as co-offensive coordinator and quarterbacks coach each of the first five seasons of Freeze’s tenure.

Some of Longo’s other coaching stops include Slippery Rock, Youngstown State, Southern Illinois, Minnesota-Duluth and LaSalle, where he was the head coach from 2004-05.

The Bearkats also set a conference record last season with a nation-best 1,275 plays. Sam Houston State ran at least 85 plays in a game 12 times under Longo and more than 100 in three of those, including a school-record 118 in a playoff win over Southern Utah last season.

Jeremiah Briscoe, Sam Houston State’s senior quarterback, is second in the FCS with 4,602 passing yards and has 12 more touchdown passes than any other FCS quarterback with 57, an FCS single-season record. He’s completed 63 percent of his passes with 10 interceptions, making him the FCS’s second-most efficient passer.

Briscoe and the rest of the Bearkats led the nation in many of those categories until a 65-7 loss to James Madison in the FCS quarterfinals Friday ended their season. Longo’s offense posted season-lows in points, passing yards (158) and total offense (270).

The Bearkcats finished ninth nationally in rushing each of the previous two seasons, leading the Southland Conference in rushing in 2014 at 241.6 yards per game.

Longo was the offensive coordinator at Slippery Rock from 2012-13 where helped develop quarterback Nigel Barksdale, a finalist for the Harlon Hill trophy, which is annually given to the most outstanding player at the Division II level. He coached his first Harlon Hill finalist during his time as the offensive coordinator at Minnesota-Duluth in Ted Schafke, who set every school passing record and led Duluth to the Division II national title in 2008.

Longo will inherit a young piece to build his offense around in quarterback Shea Patterson, who threw for 880 yards and six touchdowns with three interceptions after having his redshirt pulled with three games left when a torn ACL abruptly ended Chad Kelly’s collegiate career.

Leading rusher Akeem Judd (826 yards) is out of eligibility, but Eric Swinney (torn ACL) will return to the backfield as will Jordan Wilkins, who’s got one season left after an advising snafu left him short of the credits required to be eligible this season.

Ole Miss is also set to return each starter on the offensive line, but the Rebels have to replace three starting receivers counting tight end Evan Engram, who led the team in catches, yards and touchdown receptions this season. Damore’ea Stringfellow (NFL Draft) and Quincy Adeboyejo (graduation) are no longer around.

What isn’t known is what kind of ability Longo has on the recruiting trail at this level.