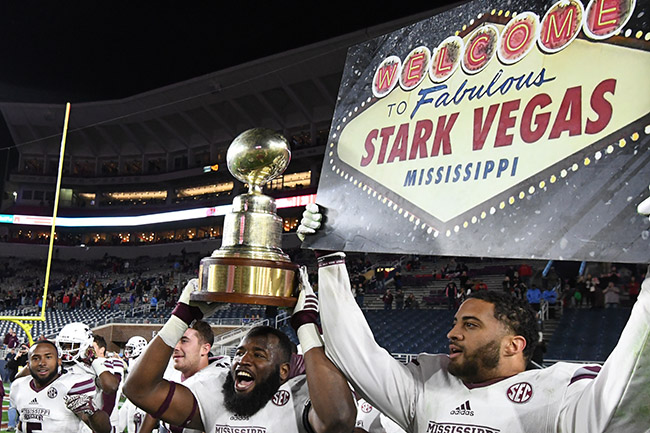 At least one media outlet believes Ole Miss and Mississippi State hate each other the most right now.

CBS Sports recently put together a list of the five most hate-filled college football rivalries for 2017 with the Egg Bowl ranking at the top. The list, compiled by CBS Sports’ Tom Fornelli, weighed the current climate of some of the sport’s top rivalries — in other words, how much hate the teams and their respective fan bases have for each other — rather than national relevance.

Tensions have certainly escalated between Mississippi’s most bitter rivals in light of recent events on and off the field. The teams have combined to play in three New Years Six bowls the last three seasons with Ole Miss winning the Sugar Bowl to cap the 2015 season. They’ve also split their last four meetings with Mississippi State getting the better of the Rebels most recently with a 55-20 beating last season in Oxford.

Ole Miss is also awaiting the final verdict in its NCAA infractions case, one in which Mississippi State linebacker and one-time Ole Miss commit Leo Lewis is a central figure after claiming he received free merchandise and cash payments on visits to Ole Miss during his recruitment.