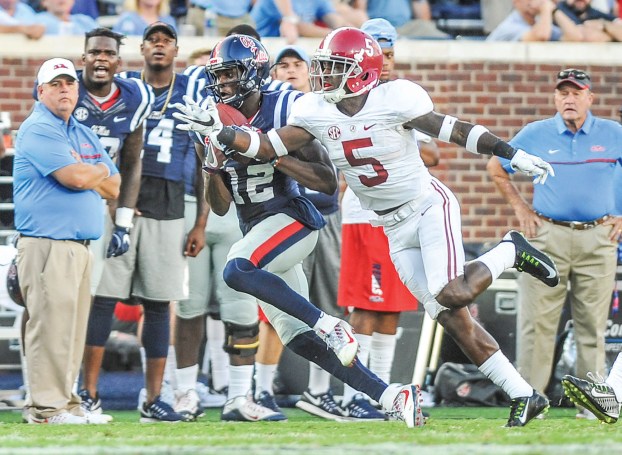 Another late kickoff awaits Ole Miss in its next game.

The Rebels’ game against No. 1 Alabama on Sept. 30 will start at 8 p.m. and be televised by ESPN. The Southeastern Conference office on Monday released game times and TV designations for that weekend.

Ole Miss (2-1), coming off its first loss of the season at Cal over the weekend, has a week off before making the trip to Tuscaloosa. The Crimson Tide (3-0) will travel to Vanderbilt on Saturday for its SEC opener.

Ole Miss’ most recent game at Bryant-Denny Stadium began at the same time in 2015. The Rebels came away with a 43-37 win over the Crimson Tide that season, just their second win ever in Tuscaloosa.

How will Ole Miss handle first bout of in-season adversity?

Ole Miss interim coach Matt Luke will be watching his team closely this week. The Rebels made unity a rallying... read more