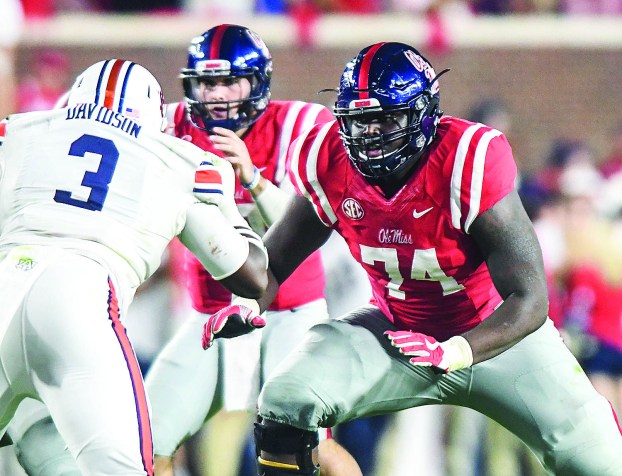 After a pair of late kickoffs, Ole Miss will get an early start on Oct. 7.

The Rebels’ Southeastern Conference Western Division tilt at Auburn will kick off at 11 a.m. Game times and most television designations for that weekend were announced by the league office Monday.

The game will be carried on ESPN, ESPN2 or the SEC Network. The network will be determined after this weekend’s games.

Ole Miss will head to Tuscaloosa on Saturday for an 8 p.m. kickoff against the top-ranked Crimson Tide following a bye week. The Rebels suffered their first loss their last time out in a late-night kick at Cal.

Ole Miss and Auburn have split their last two meetings with the road team winning each time. The Rebels came away with a 27-19 win in their last trip to Jordan-Hare Stadium with Auburn winning 40-29 last season in Oxford.

Ole Miss doesn’t have to look far down the line for its center. Literally. The Rebels are preparing for life... read more