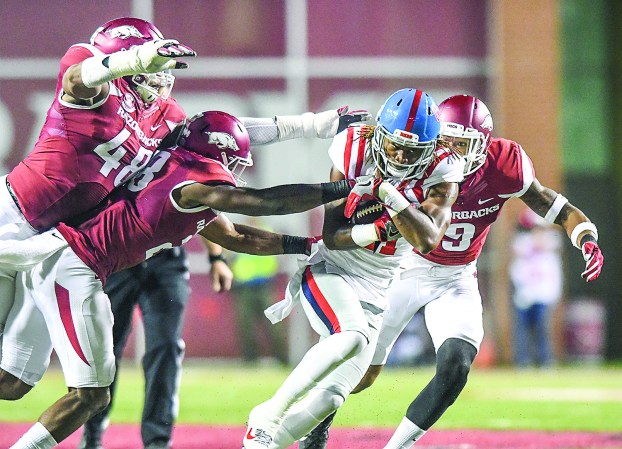 Ole Miss is moving back to the morning slot Oct. 28.

The Rebels’ game against Arkansas will kick off at 11 a.m. from Vaught-Hemingway Stadium and be televised on the SEC Network. The conference on Monday announced times and TV designations for that weekend.

It will be the third morning kickoff for the Rebels, who lost at Auburn in their most recent 11 a.m. game Oct. 7. Ole Miss snapped its three-game SEC losing streak last week against Vanderbilt and will play LSU under the lights Saturday at Vaught-Hemingway.

Arkansas has won three in a row in the series, including a 34-30 victory last season in Fayetteville. The Razorbacks pulled out a 53-52 win in overtime in their last trip to Oxford in 2015.

A pair of Ole Miss players have been recognized for their play over the weekend. Quarterback Shea Patterson was named... read more