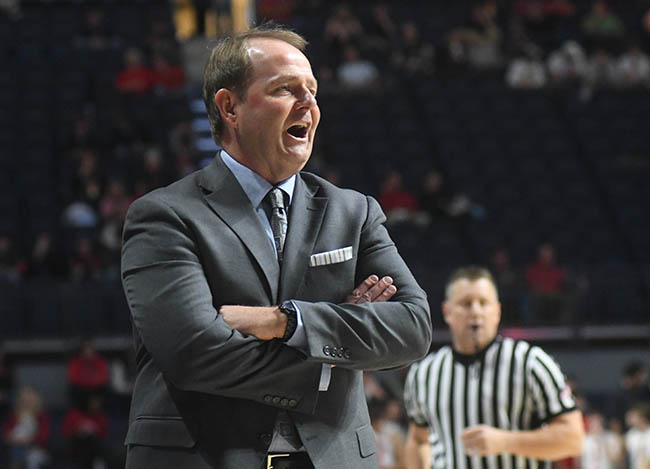 Kermit Davis was a guard for the Bulldogs from 1980-82 and got his start in coaching at his alma mater as a graduate assistant during the 1983-84 season. His father, Kermit Davis Sr., was the head coach at Mississippi State for seven seasons in the 1970s.

So did the connections to Ole Miss’ biggest rival ever make Davis, a Leakesville native, think twice about ending his 16-year run as the head coach at Middle Tennessee State to take over in Oxford?

“Not at all,” Davis told reporters during a media session in Murfreesboro shortly after Ole Miss officially announced the hire Thursday, according to Erik Bacharach of the Daily News Journal. “I love the state of Mississippi. I grew up there and have a ton of Ole Miss pals.”

A job that’s expected to give him a significant bump in pay from the $575,000 base salary he made at MTSU didn’t hurt either, though the specifics of Davis’ contract at Ole Miss aren’t yet known. Davis, 58, made reference to its during the media session, calling the contract “life-changing.”

Ole Miss athletic director Ross Bjork told the EAGLE those details will be announced when Davis is formally introduced for the first time Monday at 5:30 p.m. at The Pavilion. Davis, who just signed a new contract at MTSU last year, will reportedly owe the school a $700,000 buyout.

Andy Kennedy, whose 12-year tenure came to an end with his resignation in February amid Ole Miss’ first losing season since 2006, made $2,050,000 this season.