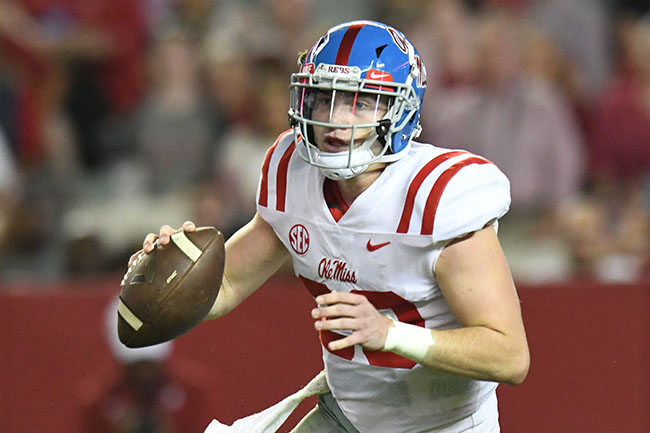 Shea Patterson will play for Michigan next season.

The former Ole Miss quarterback’s application for a waiver to be immediately eligible has been approved by the NCAA, according to a joint statement issued Friday by Ole Miss and Michigan. Patterson, who will be a junior next season, needed the waiver in order to play this fall given that, under normal circumstances, transferring underclassmen are required to sit out one season before being eligible at their new school in order to fulfill NCAA transfer rules.

Michigan filed the waiver application on Patterson’s behalf once Patterson chose to transfer after final sanctions were handed down in Ole Miss’ NCAA infractions case in December, but after the NCAA’s Division I Council approved an amendment to the transfer waiver guidelines on April 18 for players seeking immediate eligibility after transferring, Michigan withdrew the original application and filed a new one this week that was supported by both schools and approved by the NCAA, according to the joint statement.

Patterson’s plea to be immediately eligible in his original waiver application centered on his belief that former Ole Miss coach Hugh Freeze lied to him about the scope of the investigation and how serious the penalties could be. Ole Miss, which was hit with a two-year postseason ban that it’s appealing and four years of probation, formally objected to Patterson’s characterization of events in response to the application.

A former five-star prospect and a member of Ole Miss’ 2016 signing class, Patterson started 10 games for the Rebels, including the first seven last season before a torn PCL cut it short. He threw for 3,139 yards, 23 touchdowns and 12 interceptions during his brief career in Oxford.