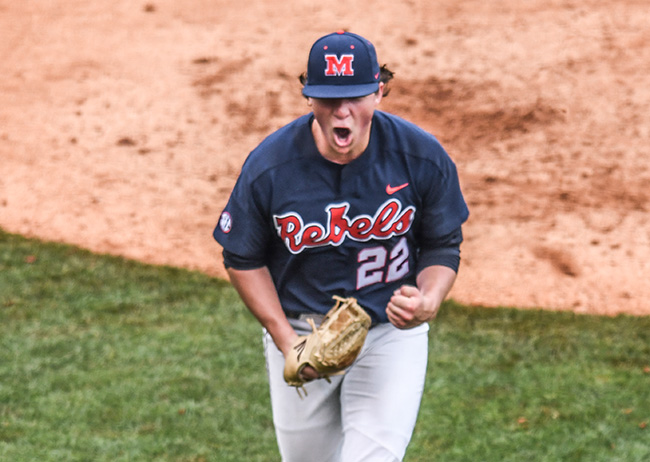 Ole Miss' Ryan Rolison reacts after getting a strikeout for the 3rd out in the 6th inning against Auburn at the SEC Tournament at the Hoover Met in Hoover, Ala. on Wednesday, May 23, 2018. (Bruce Newman, Oxford Eagle via AP)

With a preseason All-American leading an experienced rotation, expectations were high for Ole Miss’ starting pitching this season.

Consistency from Ryan Rolison, Brady Feigl and James McArthur has come and gone, but the Rebels’ starters enter the most important games of the season amid perhaps the most consistent stretch of innings they’ve put together all season. The Rebels will open tonight’s Oxford Regional against Saint Louis (6:30 p.m.) with the trio having given up three earned runs in its last 20 1/3 innings.

“I thought we pitched it really well the last four weeks except for the two games at South Carolina,” Ole Miss coach Mike Bianco said.

There were other mixed results against the SEC slate.

Rolison (9-4, 3.79 ERA) has been the most consistent by pitching at least into the sixth in eight of his last nine starts, but he allowed eight earned runs in 9 1/3 innings in consecutive starts against Texas A&M and Arkansas back in March. He yielded season-highs in hits (10) and earned runs (8) in just 3 1/3 innings — his shortest outing of the season — against South Carolina on May 4. 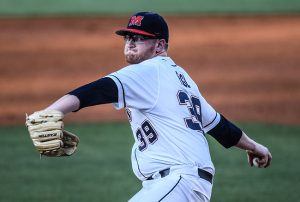 Feigl (8-5, 3.72) wasn’t much better against the Gamecocks that weekend, surrendering eight earned runs on seven hits in 3 1/3 innings. It capped a stretch of five outings in six starts where the junior right-hander failed to go longer than 5 1/3 innings while McArthur (6-0, 4.10) had a stretch of four straight starts from April 28 to May 19 where he didn’t get out of the fifth, three of which lasted two innings or fewer.

But the trio has found its collective grip of late.

Widely projected to be a first-round pick in next week’s MLB Draft, Rolison has pitched at least into the sixth in each of his last three starts, allowing just six earned runs in his last 18 2/3 innings. Feigl, who bounced back from the South Carolina outing with a career-high 12 strikeouts in eight innings against Auburn on May 11, has allowed just five earned runs in his last 19 2/3 innings while McArthur’s allowed four in his last 8 2/3 innings for a staff that enters the postseason fourth in the SEC in earned run average (.371) with the league’s best strikeout-to-walk ratio (2.87).

“I think command has been great,” Bianco said. “I think we’ve made pitches to get off the field, which we did early in the year but for some reason about mid-March to mid-April decided not to do that as well. I think we all realize that’s in us and is part of us. Just glad we’re starting to click in that area more now.” 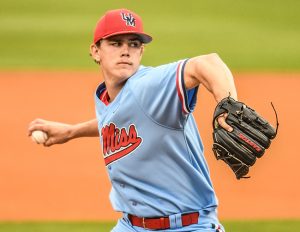 With a career-long outing from Jordan Fowler and 4 1/3 innings of one-run ball from Houston Roth in Ole Miss’ 9-1 title-clinching win over LSU added in, the Rebels’ starters posted a minuscule 1.28 ERA in 28 2/3 innings in Hoover to help the Rebels capture their first SEC Tournament title in a dozen years. Rolison pitched into the seventh and allowed just two earned runs in the Rebels’ opening loss to Auburn, Feigl scattered three hits in 6 2/3 innings the next day against Georgia to help Ole Miss avoid elimination, and McArthur pitched 5 1/3 scoreless innings in the Rebels’ quarterfinal win over Auburn for his longest outing since going six against Georgia on April 21.

In just his second start against an SEC opponent, Fowler (7-0, 3.18) scattered six hits in six scoreless innings in the Rebels’ semifinal win over Texas A&M, giving the freshman a confidence boost should the Rebels need a fourth starter this weekend. Saint Louis enters the regional hitting .285 collectively while No. 2 seed Tennessee Tech leads the nation in average (.352) and home runs (128).

“All week (at the SEC Tournament), they were just dominant,” catcher Nick Fortes said. “It was honestly fun to catch back there because they fill up the strike zone with electric stuff. They kept us in the ballgame. They deserve all the credit.”

A year after taking its lumps, Ole Miss’ sophomore…