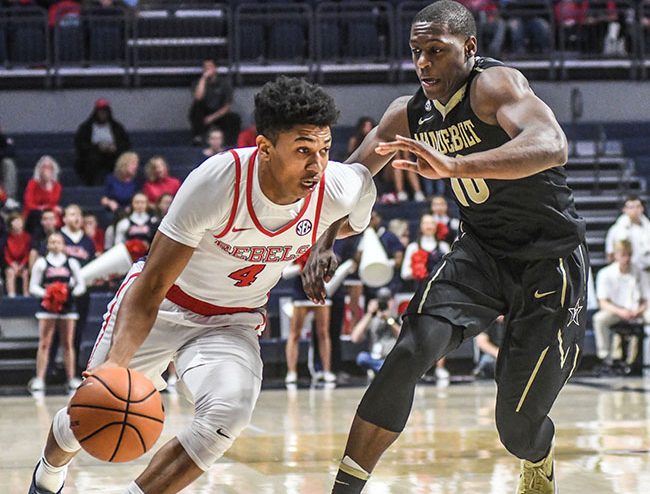 Ole Miss basketball coach Kermit Davis’ first run through the SEC will start with something the Rebels haven’t done in nearly two decades.

The Rebels will begin their league slate for the upcoming season with a trip to Vanderbilt on Jan. 5. Ole Miss hasn’t opened its SEC schedule in Nashville since the 2000-01 season when the Rebels knocked off the Commodores 81-68 in Memorial Gym.

The SEC announced the 18-game conference schedules for every team Friday. With a non-conference schedule that includes a trip to Butler, Ole Miss will play at least 12 games against NCAA Tournament teams from last season.

Ole Miss will end the regular season on the road against Missouri (March 9), but the Rebels’ league schedule also includes three sets of consecutive home games (LSU on Jan. 15 and Arkansas on Jan 19; Mississippi State on Feb. 2 and Texas A&M on Feb. 6; Georgia on Feb. 23 and defending SEC co-champion Tennessee on Feb. 27). Ole Miss’ league home opener will come against defending SEC co-champion Auburn on Jan. 9 before the Rebels travel to Starkville on Jan. 12 for its first matchup against rival Mississippi State.

Ole Miss’ 5-13 league mark was the worst in the SEC last season as part of the the Rebels’ first losing season since 2006. Davis was hired away from Middle Tennessee State in March to replace the program’s all-time winningest coach in Andy Kennedy, who resigned in February after 12 seasons at the helm.