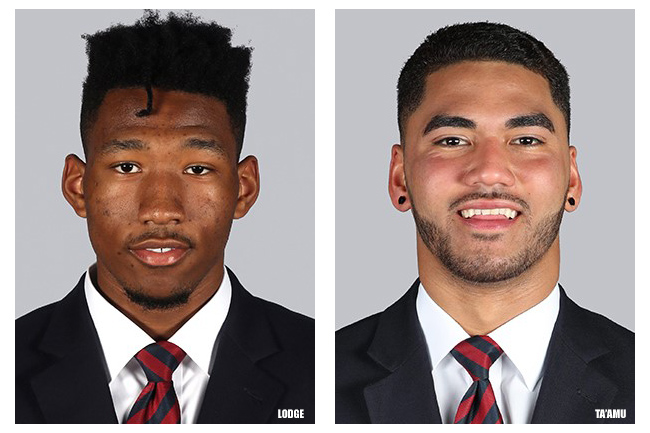 Draft season is building up to be a potentially more exciting time of year for Ole Miss football than the 2018 regular season. Four underclassmen have already declared for the NFL and all four have the chance be first round picks when all is said and done. But today it’s the seniors, the late-round NFL prospects, turning the heads of NFL scouts in St. Petersburg, Florida.

The East-West Shrine Game has been played every year since 1925, sponsored by Shriners International. It brings together some of the best talent from graduating seniors across the country in college football. Benefits for the game go to the Shriners Children Hospitals. This year, three Ole Miss seniors in quarterback Jordan Ta’amu, receiver DaMarkus Lodge and center Sean Rawlings were invited to compete in the game.

Jordan Ta’amu proved during his time at Ole Miss that he has requisite arm talent, accuracy and mobility to compete at an NFL level. However, games like this are important for him. There will be many teams and scouts that see the scheme he was coming out of, in Phil Longo’s offense, as too easy and will use that as a knock on Ta’amu as far as his being able to adjust to an NFL playbook. He also played with some unbelievable receiving talent during his time in Oxford, with two potential first-round picks in A.J. Brown and D.K. Metcalf.

Trevor Sikkema of The Draft Network said Ta’amu was the best quarterback on the East team during practices this far, connecting with all of the receivers, not just his own man DaMarkus Lodge.

East practice underway. Ball placement by Ta’amu ?? 3 in a row like this pic.twitter.com/m5geLCItpw

“Ta’amu is a nice little sleeper in this class. He’s decent… a pretty quick release and fairly accurate,” said Jon Ledyard of The Draft Network, talking to him a few weeks back. “I like Ta’amu, I really do. I think he can help himself a lot in the draft process. I’m not saying he’s a top-100 pick but I’m excited to see him at the shrine game. I think he’ll be one of the best quarterbacks there.”

DaMarkus Lodge is another former Rebel making some noise in practices. Lodge wasn’t invited to the Senior Bowl, something that confused some in the industry initially. However, he’s showing why he belongs at the Shrine practices. The Draft Network’s Joe Marino pointed out after the first day of practices that Lodge was dominant in one-on-one drills in day one.

“To me, Lodge is one of the best receivers in the class. I know he didn’t get a Senior Bowl invite and everyone in the draft community thinks it’s bizarre,” Ledyard said. “But I think he’s going to do great at the combine, he’s clearly very athletic, and I don’t think the drops are really an issue.”

The drops mentioned are a common knock on Lodge, however the numbers don’t really back that up. He had only one more drop over the last two years than A.J. Brown – both had five this year and Lodge had eight last season to Brown’s seven.

Shrine week continues with practices throughout the week leading up to the game on Saturday, televised on NFL Network at 2 p.m. Central Time. For some of these later round Rebels, Saturday is their chance to shine.