Around the SEC: Florida 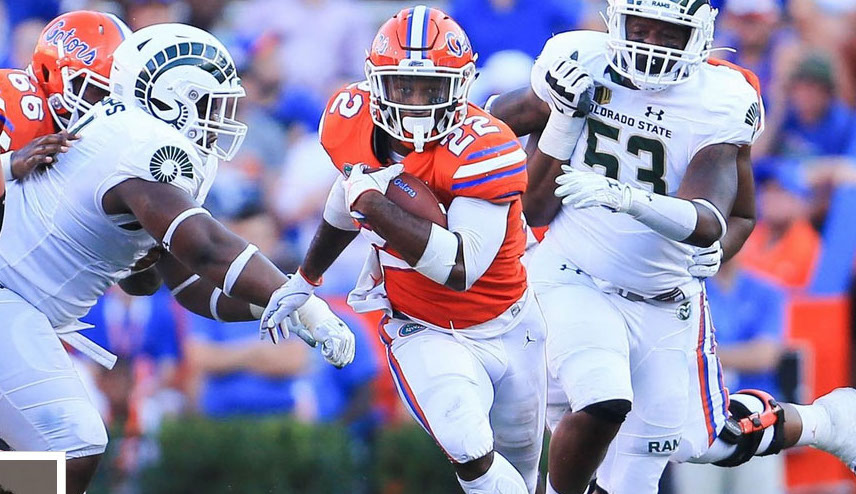 Editor’s note: Florida takes us to part five of a 16-part series, examining every team in the SEC, plus three bonuses, correlating with the three FBS Ole Miss non-conference games. We’ll preview one school nearly every day, alphabetically, until all 16 are completed. Yesterday, we previewed Cal. Today, the Florida Gators. For each of the schools in the series, see the bottom of the article.

Feleipe Franks’ freshman year couldn’t really have gone much worse. Franks threw just nine touchdowns all season and, at one point, the Gators lost five SEC games in a row. This all led to the departure of Jim McElwain and Dan Mullen moving from Mississippi State to Florida in 2018. Florida didn’t take long to turn things around. Franks totaled 22 more touchdowns his sophomore year than his freshman year, all while decreasing his interception count from eight to six. The Gators won 10 games, including a beat-down of No. 8 Michigan in the Peach Bowl. Florida is back to contention.

In just one season, Florida went from the No. 51 offense by S&P+ in 2017 to No. 15 in 2018. It goes without saying that Franks really, really likes the Dan Mullen offense. It also certainly helps that he might have the best running back in the SEC lining up next to him. Lamical Perine, now a senior, averaged 6.2 yards a carry last year, and Mullen used him as a receiver out of the backfield much more than in prior years. It’s not something the Gators did a ton, but when Perine caught passes from Franks, they averaged over 13 yards per reception. As far as receiving options for Franks goes, the Gators have several unknowns. There are guys with potential, but no real standout players. Trevon Grimes, a 6-foot-5 junior who transferred from Ohio State, could be the breakout guy in the receiving room.

As fun as Feleipe Franks and the Gator offense could be, the best individual talents on the Florida team come on the other side of the ball. The Florida defense ranked No. 17 in S&P+ a year ago, and there’s no real reason to think they won’t be better this year. Florida has two legitimate first-round-pick-potential defenders in corner C.J. Henderson and defensive end Jabari Zuniga. A 3-4 defensive end, Zuniga recorded 6.5 sacks and 11 tackles for loss last year, and many around the team think this year could be considerably better. He’s just that kind of freak athlete on the line that can wreck plays even if double teamed.

With Henderson, he’s one of the most technically polished defensive backs in the entire nation. No one in draft circles would be surprised if he were the top-drafted corner in the 2020 draft. A lot of great corners don’t necessarily rack up stats, as it’s a position where non-statistical coverage is the most important asset. Regardless, Henderson has some silly numbers – he had three sacks and five tackles for loss as a sophomore corner last year. Having guys like Zuniga and Henderson on the front and back line of a defense is just fun for Gator fans and a nightmare for opposing offensive coordinators.