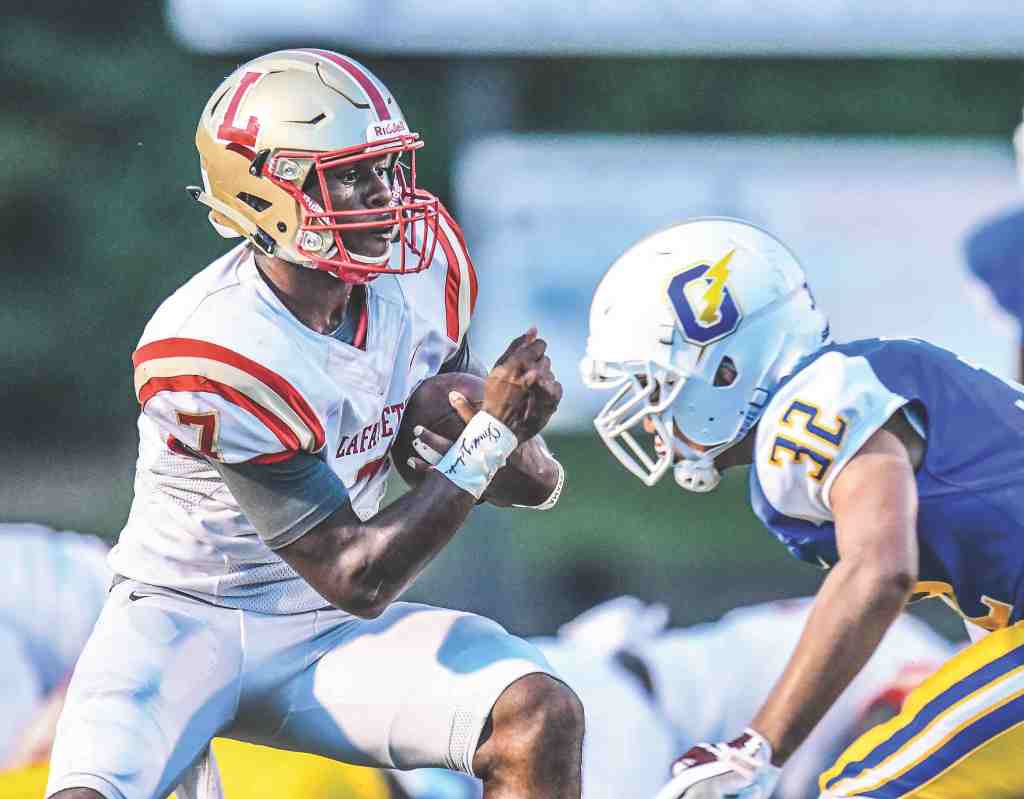 Weeks of buildup lead us to Friday night: an early-season, non-conference game that has become the one circled on many a calendar in the LOU Community. It’s Crosstown Classic week, y’all.

Friday night marks the 49th meeting between the two schools, dating all the way back to the pilot game in 1973. The name “Crosstown Classic” has stuck since sometime in the early 1990s, with the score of each contest still kept on the columns in front of University Sporting Goods on the Square.

The last 10 years of games are about as even as they could be played as a whole, but often not that even within individual games. Oxford and Lafayette have split 5-5 over the past 10 games, however only one of those games (Lafayette’s 21-14 win in 2010) has been decided by less than 10 points.

Lafayette enters Crosstown Classic week in the middle of the toughest stretch imaginable. A week ago, they knocked off defending 6A state champion Horn Lake, 28-14. This week, it’s No. 10 Oxford. Next week, they’ll travel to No. 5 West Point to face their division opponent and defending 5A state champs.

For Oxford, this Lafayette game is the toughest remaining game on their schedule. They already went on the road in week two to play No. 9 Starkville, the Chargers’ only loss so far. Last week, they dominated Grenada, a 33-14 beatdown that didn’t seem anywhere near that close.

The 2019 iteration of the Crosstown Classic will be interesting from a technical football standpoint. Both Oxford and Lafayette know exactly what each other wants to do offensively. The outcome will likely come down to execution, and who can slow down the other’s offensive style.

Lafayette wants to run the ball, and they’re not shy about it. In a lot of ways, the game will be decided by the Commodores ability to run the ball when everyone in the stadium knows they’re going to run the ball. Through three games, over 80 percent of the Lafayette offensive output has come on the ground. They simply love to pound the rock, and it helps that they have one of the best offensive lines in the state to run behind.

On the Oxford side, they want to get the ball in the hands of their talented skill position players, and they’re going to do so in a variety of different ways. JJ Pegues will be used as tight end, running back and wildcat quarterback. John Meagher’s ability to run as well as throw will be critical, as will KJ Wadley’s ability to catch balls as well as run between the tackles. Where Lafayette wants to run nearly every play, Oxford will be a lot more balanced offensively.

It makes no sense as to how Water Valley has fallen from three, to four, to now being tied for four in the Mississippi Preps Poll. All the Blue Devils have done to drop in the polls is win. Water Valley (2-0) faces Bruce (1-2) on Friday night. The Blue Devils took last week off, but now get a struggling team in Bruce to get back on track.

Against a Bruce team that has struggled defensively of late, it’s a good opportunity to for Water Valley at home to prove they’re one of the best teams in 3A.