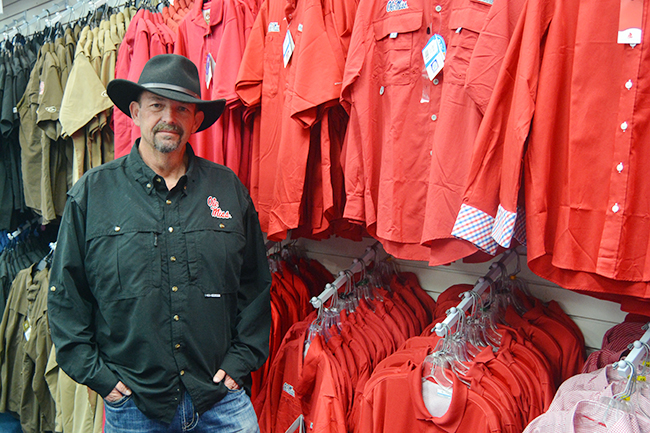 Rebel Rags owner Terry Warren has been reinstated by Ole Miss pending an appeal of the allegations against the Oxford-based retail clothing store related to the NCAA’s investigation into the football program.

Charles Merkel Jr., Warren’s attorney, said he was informed by Ole Miss’ legal counsel Friday morning of the school’s decision to reinstate Warren, who was referred to as Booster No. 5 in the Committee on Infractions’ final ruling handed down Dec. 1. Among the penalties doled out were another bowl ban for the 2018 season, 13 scholarship reductions over a four-year period and four years of probation running concurrent with the current probation period — a period for which Warren had been disassociated.

Warren will be fully reinstated until the appeals process is complete and a final verdict is reached.

“We are very pleased with it of course,” Merkel said. “Something like this that has not been finally confirmed or adjudicated, there’s no basis on Earth for (Warren) to be disassociated for the pendency of that appeal.”

Ole Miss, which filed the notice of its intention to appeal with the NCAA last week, is appealing the added bowl ban, a recruiting restriction on unofficial visits and a charge of lack of institutional control in which the allegations made against Rebel Rags are a fierce point of contention.

In the amended Notice of Allegations issued to the school in February, Rebel Regs was accused of providing approximately $2,800 worth of free merchandise to Lindsey Miller, Laremy Tunsil’s stepdad, and Mississippi State players Kobe Jones and Leo Lewis when they were recruits. Warren and his business responded by suing the three co-defendants in the summer for defamation, commercial disparagement and civil conspiracy in a lawsuit that’s still playing out in the courts, accusing the three of making intentionally false statements during interviews with the NCAA’s enforcement staff.

Motions filed by Miller, Jones and Lewis to dismiss the case were denied. Jones and Lewis also filed motions to sever and transfer venue from Lafayette County Circuit Court, but those were also denied.

Jones and Lewis have filed petitions to appeal the decision regarding change of venue with the Mississippi Supreme Court. Merkel said he had not heard anything on the status of those appeals as of Friday afternoon.

Merkel was in the process of petitioning the court for a stay before being notified of Ole Miss’ decision to reinstate Warren. If Ole Miss loses its appeal and the order is reinstated, Merkel said he’ll file with the court on Warren’s behalf requesting relief from the sanctions based on a lack of due process.

“Rebel Rags has had no opportunity to confront anyone, to appeal, to file answers or responses, to argue or to attend the (COI) hearing,” Merkel said. “We’ve had no say in any of this.”