Looking back at Ole Miss’ top sports stories in 2017 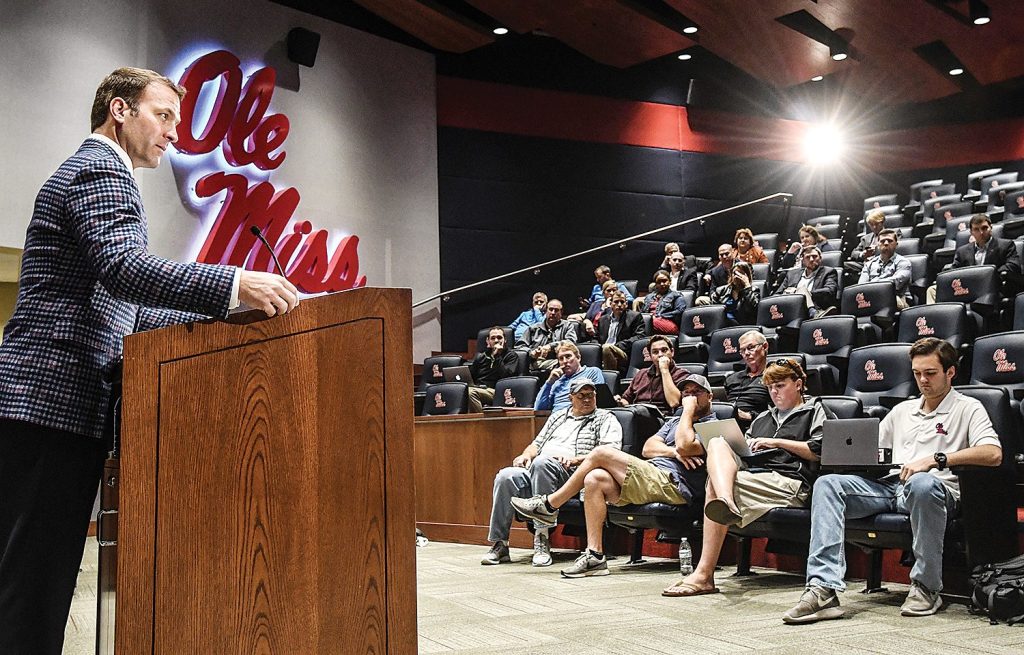 Ole Miss athletic director Ross Bjork discusses sanctions levied against the football program during a press conference at the Manning Center in Oxford on Dec. 1. The NCAA’s final ruling brought closure to an investigation that lasted nearly five years, though the school is appealing an additional bowl ban for next season among other penalties. (Bruce Newman)

Each year brings its own set of compelling stories. There was no shortage of them in the realm of Ole Miss sports in 2017.

From plenty of drama off the field to its fair share of firsts on it, Ole Miss drew not only gobs of local attention but was thrust into the national spotlight with some of the news that came out of Oxford. Here’s a compilation of the top stories in Ole Miss sports this year.

The college football world watched as one of the longest NCAA investigations in recent memory reached its conclusion this year.

In a case that included former assistants arranging contact between boosters and recruits, academic fraud, the immunity testimony of a player from a rival school, lawsuits and seemingly everything in between, the NCAA’s Committee on Infractions handed down its final ruling on Dec. 1, adding another bowl ban for next year on top of the one Ole Miss self-imposed for this season and extending the current probation period to four years. The verdict came 10 months after the school received an amended Notice of Allegations that raised the number of charges against the football program to 21 and nearly five years after the NCAA began its probe.

Yet the aftermath will spill into 2018 with the school in the process of appealing the additional bowl ban, recruiting restrictions and the finding of a lack of institutional control, one of 15 Level I charges levied against Ole Miss. There’s also the Rebel Rags lawsuit that’s still making its way through the courts. 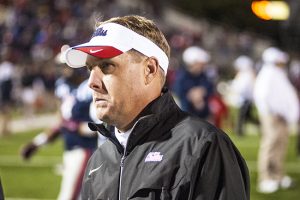 Perhaps nothing sent more shockwaves through the college football world this year than the stunning end to Hugh Freeze’s five-year tenure as Ole Miss’ football coach.

The school announced July 20 that Freeze was resigning and Matt Luke would serve as the interim coach after Freeze’s university-issued phone records showed a call made to a number tied to a female escort service that led to the discovery of what athletic director Ross Bjork called a “concerning pattern” of personal misconduct on Freeze’s part. In an ironic twist, the call was discovered after former Ole Miss coach Houston Nutt’s attorney, Thomas Mars, filed an open-records request for the phone logs as part of a defamation lawsuit Nutt filed against the school that was eventually settled out of court.

Freeze, who went 39-25 at Ole Miss while leading the Rebels to a pair of wins over Alabama and back-to-back New Year’s Six bowl games, including a Sugar Bowl win to cap the 2015 season, has yet to be hired by another school. If he’s hired as a head coach before next season, Freeze would be suspended for the first two conference games as part of his individual penalties in the NCAA case but wouldn’t miss any games if hired somewhere as an assistant. 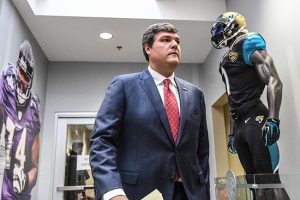 Matt Luke is introduced as the head football coach at Ole Miss during a press conference at the Manning Center, in Oxford, Miss. on Monday, November 27, 2017. (Bruce Newman, Oxford Eagle via AP)

Luke had the interim tag removed and became the 37th head coach in program history Nov. 26 — three days after the Rebels’ 31-28 upset win over rival Mississippi State in the Egg Bowl. Ole Miss finished 6-6 but won three of its last four games after a 2-3 start to get there.

That ability to keep things patched together and keep players motivated amid a tumultuous season, Bjork said, was one of the reasons Luke got the permanent gig. Despite the abrupt coaching change, Ole Miss withstood an early three-game losing streak to finish one win better than the previous season while playing under the cloud of a bowl ban.

But this was Luke’s first season as a head coach. The Rebels’ offensive line coach before being promoted following Freeze’s ouster, Luke is entering a four-year contract that will pay him $3 million in base salary next season. 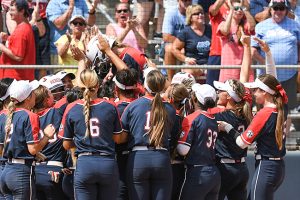 The Rebels overcame an 0-6 start to Southeastern Conference play to finish eighth in the league before winning their first-ever SEC Tournament championship in May, becoming the lowest seed ever to win it. Ole Miss hosted an NCAA regional for the first time in program history and won three games in three days to advance to its first-ever super regional.

The run ended there with two losses to No. 5 national seed UCLA, but the Rebels set a school record with 43 wins. Making the run even harder to believe was it came three years after Ole Miss finished with the worst record in the SEC.

Head coach Mike Smith has led the resurgence, racking up 114 wins in his first three years at the helm. Ole Miss, which had just two winning seasons in its first 18 years as a program, has made its only two NCAA Tournament appearances under Smith’s watch. 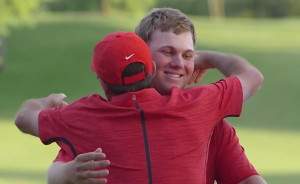 Ole Miss has won national championships before, but none of them were in men’s golf.

It was part of a banner year for Thornberry, who already owns the school record for career tournament victories (8). He won the Fred Haskins Award (men’s collegiate golf’s version of the Heisman Trophy), participated in the Walker Cup and finished fourth in his PGA Tour debut at the FedEx St. Jude Classic in June, turning in the year’s best amateur finish on the Tour.

Thornberry will try to defend his title after opting to return to Ole Miss for his junior season. He’s ranked the nation’s No. 1 collegiate golfer entering the 2017-18 season by Golfweek.com. 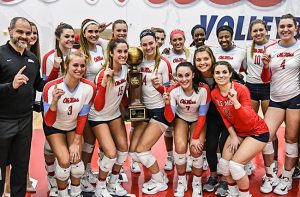 Ole Miss’ fourth season on the volleyball court under coach Steve McRoberts proved to be the program’s best.

After being picked in the preseason to finish 12th in the 13-team SEC, Ole Miss won 17 regular-season matches to earn a berth in the National Invitational Volleyball Championship. In their first postseason appearance since 2010, the Rebels knocked off Georgia in the first round for the program’s first-ever postseason victory and went on to win the NIVC title with a 3-0 win over Texas Tech on Dec. 12 in just their fourth postseason appearance ever.

Ole Miss set numerous records along the way, including single-season marks for blocks, kills and digs. The Rebels have had four straight winning seasons under McRoberts.